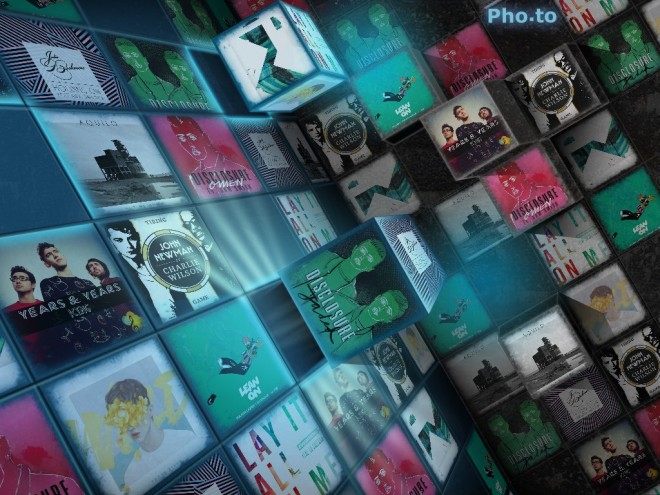 Posted on December 22, 2015 by Xtal Posted in Uncategorized

As a Soul/R&B/Funk/House/Pop music fan the tracks are always going to lean towards that style.

Lots of great tracks have missed out. A fantastic effort from Janet Jackson “No Sleeep” and the brilliantly bizarre “Blackstar” from David Bowie don’t make the final ten but I needed to mention them as they are brilliant tracks.

I’ve been following Jamie Woon since his 2011 album Mirrorwriting. It’s taken him a long time to return but it was worth the wait with this sultry smooth soulful track “Sharpness”.

Such a laid back groove with a superb vocal from a very talented man.

Aquilo – Put Me Down

I knew nothing about this young British duo when I heard this song on Spotify earlier in the year but this track has stuck with me all year. It’s a beautifully put together song with the vocals driving the song forward as this 90’s style vibe flows through. A really lovely song.

This is one of those songs that I fail to understand why it didn’t gain mainstream success. It is a brilliant soulful house number with a catch hook and guaranteed to get you dancing. Absolutely superb.

Rudimental (ft; Ed Sheeran) – Lay It All On Me

This was one of those songs I just liked from the first time I heard it. It doesn’t really fit into a Rudimental or Ed Sheeran style of song but like on their previous collaboration “Bloodstream” it just works. It’s a catchy pop song which is positive as many of Rudimental songs are in terms of lyrical content.

The track is from the Rudimental album “We are the generation” which was excellent and well worth a listen. But this particular track was the pick of the bunch and easily made my top 10.

It sounds stupid but I don’t think I ever realise I liked this song as much as I did. It was one of those songs which the radio was playing quite heavily and with tracks like that they can soon become overplayed. But no matter how many times I hear this song I never get bored of it.

From the first few seconds to the very end the song remains interesting and even near it’s end the point from 2:11 is supreme.

Disclosure released their second album “Caracal” this year. It’s easily my favourite album of 2015 and has two songs that make my top 5.

‘Jaded” features vocals from one member of the Disclosure brothers (Howard Lawrence). A house tunes go it is right up my street with a chorus i’ve been bellowing out whenever I hear it.

Disclosure are brilliant and “Jaded” is fucking wonderful.

Without a doubt this song is the strangest song I include in my top 10. It’s pretty much a straight up pop song with it’s moody tune and lyrics giving it a little more depth.

There is something in the verses where perhaps I believe the protagonist is really meaning what he is saying. Maybe it is just one of those songs that just caught me when I first heard it and has stuck with me since. I can’t deny though, I really really like it.

On my list for 2014 I included a song by Years and Years called “Real”. At the time they were an up and coming but unknown band who a year later have had a number one album and and number hit as well as loads of exposure and a date at Wembley Arena.

This is the song which kicked it all off for them in terms of chart domination. I’ve loved this song for such a long time and it feels like it has been around for a lot longer than just January 2015.

A really strong track and was unlucky not to make the top 2.

This was tough as the top two songs were pretty much neck and neck. But my second favourite song of 2015 comes from John Newman.

I actually dislike Newman’s voice most of the time and his life performances often make me wince. But then I love Charlie Wilson and love most things he does from the Gap Band stuff to his own solo career. The whole song just works. It’s catchy, uplifting, soulful and just a brilliantly constructed track.

My song of 2015 is “Omen” by Disclosure. This is the second collaboration between dance duo Disclosure and Sam Smith.

I’m not overawed by a lot of the slower stuff that Smith produces with his best efforts of his career coming with tracks like “Latch” and “La La La”. For me he is much better on soulful house tracks and this is perfect for his voice.

I love the melody, the tune and the chorus that i’m sure other drivers will have heard me bellow out in the car!

So there we have it – 2015. Another solid year for Soul/dance and pop.