It has been 10 years since Michael Jackson passed away in what is a decade that seems to have flown by as the man’s musical legacy remains as important to popular music as ever even if his personal life still has many question marks around it.

Trying to pick a top 10 lists for musical legends is often difficult and my list is in nothing more than ten of the songs I believe I like the most by Michael Jackson. Ask me again in a few months and I am sure I would change the songs or just the order depending on how I was feeling but I wanted to do something to mark the 10 year anniversary of his death. 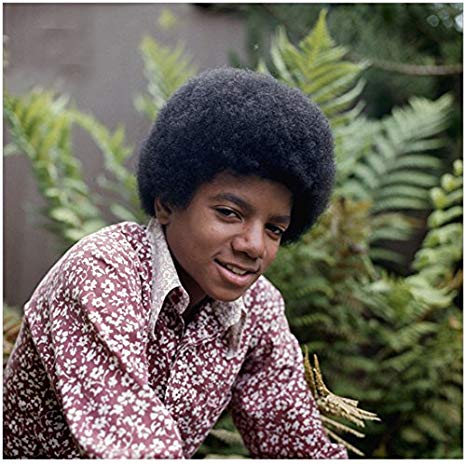 I have not included any songs from the Jacksons or Jackson 5 era because I believe they could have their own list thus is the quality of music the group as a whole presented to the world. So there is no place for a song such as “Show Me The Way To Go” despite it being on of the best vocals from Michael Jackson.

As a massive fan of “Off The Wall” I found myself continuing to come back to that album for tracks and four songs from that album do appear on my list.

So here is my Top 10 Songs by Michael Jackson.

One of only two songs from “Thriller” than was not released as a single (the other being the final track ‘Lady In My Life’) and after the album openers with a new upbeat disco sounding “Wanna Be Startin’ Something” this track “Baby Be Mine” is much needed after the frantic beginning to the biggest selling album of all time. It’s a cool disco/R&B jam that sounds more akin to something off the previous album “Off The Wall”.

Album: Got To Be There (1972)  Writer(s): Elliot Willensky Producer: Berry Gordy & Hal Davis

The title track from the debut album from Michael Jackson “Got To Be There” was a song I had always known growing up but it was the day after his death in 2009 where the song really hit home when a hastily put together hour long TV documentary about his life was shown and the end credits saw just a picture of him as a young teenager with this entire song playing. It really hit me that day just how much of an important artist Michael Jackson was and the sweet and innocent delivery on this beautiful track still gives me goosebumps today.

A sometimes overlooked single from Thriller by the pop music masses but not so much by the soul and funk listeners whom this track still gets a lot play today. It’s a fun funky dance song that has such an infectious groove. It’s a feel good tune that is so wonderfully produced by the master that is Quincy Jones.

Written by the master that is Stevie Wonder “I Can’t Help It” shows MJ at a vocal peak with his often overlooked talents as a vocalist being in their prime with a perfect delivery over this very chilled soulful jazzy instrumental. It was this type of song that showed massive progression as an artist and one that adds to the brilliance of “Off The Wall”. I love this song.

This song never gets the attention it deserves and it really should because it is exceptionally good. The bassline is just hot as hell and this is such a dancefloor stomper. Jackson sounds so cool on this track and really sounds as if he is having a good time singing it. Co-writer Louis Johnson is on the bass and it is that bass riff that really drives the song forward. BIG BIG song.

The great Rod Temperton (who penned a number of Jacksons big hits) stated that he thought “Stranger In Moscow” was his greatest song. That’s some praise from a songwriter such as he and I always was going to include this in my top 10 because I think it is such a beautiful song. It is a small insight into how Jackson felt about his treatment by the press and how disillusioned he was. There is a worry and a paranoia about his lyrics in this track and you feel his loneliness and a sense of abandonment throughout.

This has to be the most beautiful song Michael Jackson ever released. A song that was caught up on the ferocious hit machine that was “Thriller” this is the warm reflective moment among all those big dance hits like “Thriller”, “Billie Jean” and “Beat It”. Vocally Jackson was so at one with this song with the chorus of “why why” so potently delivered. The backing vocals and harmonies that Jackson would deliver on this song became iconic.

The title track off his first more mature album this is just one of my favourite tracks ever. The beginning of the song must have surely inspired the track “Thriller” and I always think is a little out of place but when the beat kicks in the song is just a gargantuan feel good track with a hook so infectious it won’t let me do anything else but sing along to it. I adore this.

This is a song where Jackson really moved out of his R&B and Soul roots with a more rock influence (and a wish to compete with Prince) prevailing. The track is essentially about ‘groupies’ and how women throw themselves at him no matter what his relationship status may be. The guitar riff and bass make this song sound rich and anthemic. It’s a beast of a track and one I have loved for so long I can’t imagine a time in my life that I haven’t gravitated towards this song.

I wanted to try and be clever with my favourite Michael Jackson song but ultimately I ended up with one of his big hits because when a song is this good and no matter how many times I listen to it I still feel it sounds fresh then I am justified in my decision to name “Rock With You” my favourite Michael Jackson song of all time. What an outrageously good song. I’ll never stop playing this.

I am sure there are tons of songs I have missed and many of you will look at this list and vehemently disagree with my inclusions and exclusions but that is what opinions are all about and I would urge you to write down your own list. This took me ages to come up with because there are so many tracks I could choose from and some I am even now regretting at missing out.

Michael Jackson was an artist we are unlikely to see the likes of again because his music crossed all sorts of boundaries and no matter what sort of music you were into there was always a song by Michael Jackson that you would have enjoyed which is not something you can say about many artists at all.

His personal life will always become a topic of conversation when his name is mentioned and maybe in years to come playing his music will become unacceptable, but for the moment I will leave you with my list of great songs by a great musical artist.