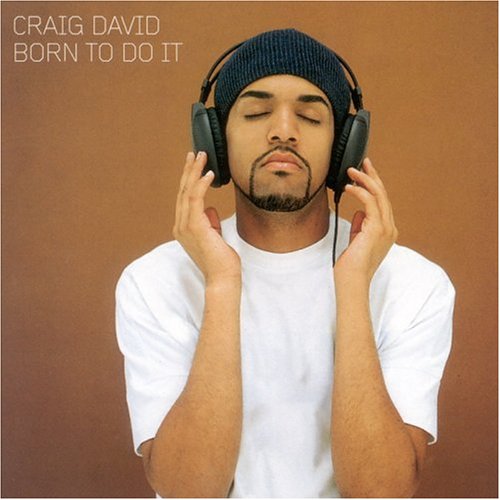 It  seems odd to me how things ended up going for Craig David. When you think about it now if he was a new artist today he would be revered as the biggest talent going. When you consider how much of a joke he ended up being perceived as (for very little reason) yet we consider the likes of Professor Green, Tinie Tempah and Wiley as “cool” baffles me.

Craig David opened up doors for black British music. “Born To Do It” sold 8 million copies. Can you think of a UK black artist who has sold 8 million albums since?

David had some of the back of the hit “Rewind” with Garage music duo “Artful Dodger”. With this hit under his belt he released “Fill Me In” as his first solo single. It shot to the top of the UK chart and this song alone sold 400,000 copies.

It tells the story of a young man trying to date a girl whose parents are strict but he is trying not to show them any disrespect. No matter how good his intentions he cannot find that balance to please everyone. By the end of the song his frustrations show:

“All they seem to do
Is be checking up on you
Baby
Watching our every move
Think some day they might approve?
Maybe”

Lyrically Craig David is what you could refer to as Cheesy. He makes no apologies for his simple lyrics which sometimes are akin to nursery rhyme.

The second track “Can’t Be Messing Around” uses a simply counting procedure in the chorus.

There is certainly no depth to the lyrics of this song which simply tells a tale of David not wanting to cheat on his girlfriend despite this other girl looking very tempting.

“Rendezvous” improves the lyrical situation with a very smooth R&B sound. David often sounds a little nasally in his vocal (not as bad as Keith Sweat but veering towards that) but it suits this song and is one of the strongest on the album.

Remembering David at the time of writing this album was 19 years you can excuse his sometimes naive lyrics:

“Well here I am writing you a love song
Holding back those years, it’s been so long
And I can’t deny the way that I’m feeling (feeling)
It’s true, so girl that’s why I’m asking you, can we…”

“7 Days” was another gold selling single for David and sold in excess of 400,000 copies. It was his second number one UK single and became one of his biggest hits. By this point of the album you get the impression the basic lyrics may well be a ploy and the chorus to this song doesn’t seem as though it hasn’t been thought out – in fact I think it was very deliberate in it’s childish simplicity. You may well know how this one goes:

“Follow Me” is a better attempt at some adult themed R&B. Whilst not as explicit as an R.Kelly song the message is simple – David is putting his moves on this girl and is pulling out all the stops to ensure the scene set is perfect.

“relax, unwind and just take your time
take take your time
i would like to show you
get to know you hold you kiss you
running my fingers through your hair
how do you like it
let’s just take it nice and slow and enjoy the flow”

“Last Night” uses a portion of the same melody as David sings on “Rewind”. It is unknown to me which came first but I suspect he always had this idea in mind.

Like a number of songs on this album the story is being told as if David is speaking to one of his friends. It’s informal and the colloquiums used are excused due to the format he is explain this tale in.

David ventures into his first rap in a part of this song. It’s not particularity inventive or sonically pleasing but we will see further use of this on his following album.

The big crossover hit on the album is “Walking Away”. Whatever criticism David was to receive he was able to produce a song which crossed over to a wide age range and would be played on black music radio stations as well as middle of the road ones also. A very radio friendly song which for a moment gave David a window to turn into something more than another R&B artist.

“Time To Party” was a song that should have been a single. David needed an upbeat positive song to ensure he wasn’t just another R&B singer producing songs about love, heartbreak and sex. This song is not exactly complicated in it’s story as it’s simply a pleasant pop tune about going out on a Friday night and enjoying yourself.

“Bootyman” is where you think David must be taking the piss a little with his lyrics. In fairness I believe this song is a reference to how simplistic his lyrics actually are:

“One In A Lifetime” is meant to be a song where we see him finding inspiration. The song is the wrong side of sweet and becomes a little sickly as it goes on.

“You Know What” is my favourite song on the album. It’s my favourite because it is a slice a real British R&B. Nothing the American’s produced sounded like this. The production is just some sparse acoustic guitar and a drum machine. The voice layering is what makes it for me. David sings everything on the song and his delivery in the verse is not rap but not plain old singing either. During the latter half of the bridge his ad libbing is what takes the song somewhere else and his holding of the note makes it really hit home.

The final track is “Rewind” – the track that put him into the public domain with the Artful Dodger. Mark Hill who was one half of the Artful Dodger produced this entire album. If like me you grew up in the UK when Garage music was blowing up then you know that this song will be forever regarded as a classic.

Born To Do It is really enjoyable pop album. Lyrically far too often it is a little stupid but this was not by accident. David made an accessible album whilst trying to offer something to those looking at it from a black music point of view. It’s not edgey but it is clever and it’s appeal was clearly widespread.