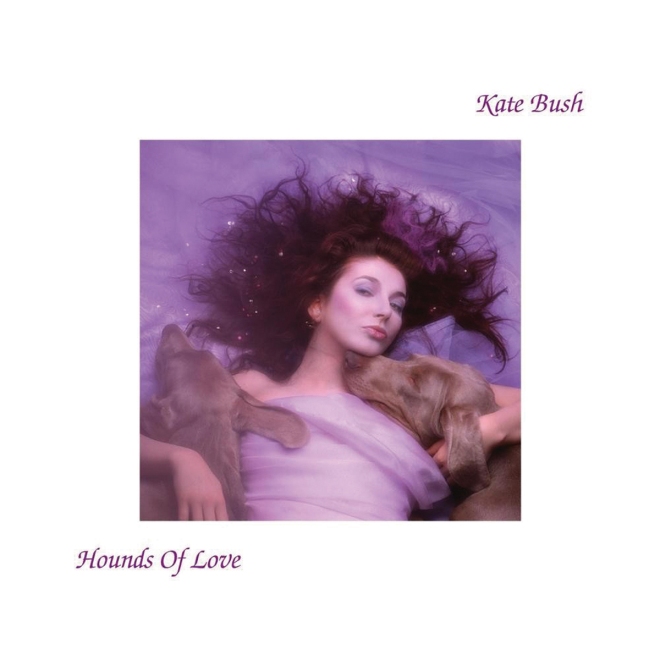 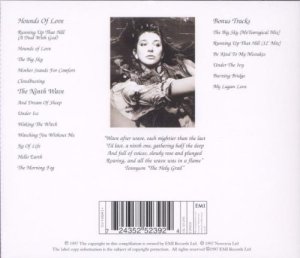 The album contains a number of beautiful songs which do need to be listened to closely to really feel the full effect which I would suggest to anyone that they actually find the time to do at some point.

Bush is not an artist that is required to make an assault on the charts with hit singles. The albums are pieces of her soul and this is why she has been able to have a career that has lasted so long without people being consumed by the fanfare that surrounds those in the music industry.

If you want to hear someone bare their soul on a song then “Running Up That Hill (A Deal With God)” is a perfect place to start and indeed it opens up this album.

“And if I only could,
I’d make a deal with God,
And I’d get him to swap our places,”

This lyric can be interpreted and used in many contexts. The song in its entirety is about a man and a woman swapping roles in a relationship so they can understand each other fully. Certain portions of the song’s lyrics can used in other ways also because a deal with God would be different for everyone given that we all have a different relationship with God and our desire to swap places with anyone would be for an array of reasons.

The title track “Hounds Of Love” is such a wonderful song. From it’s very beginning “It’s in the trees, it’s coming!” the track is big and bold with Bush sounding as good as she has sounded on any song up until this point. The title “Hounds Of Love” is such a striking title. The song is about being afraid to fall in love and not knowing what to do to move forward. Being afraid that love is knocking on her door. Being hunted by the hounds of love. Wonderful imagery is conjured.

“The Big Sky” is a song that lyrically Bush effortlessly is able to write. With it’s pounding bassline carrying the song musically we have Bush simply talking about being young and finding wonder in the big sky above as she makes reference to what clouds look like and jets passing above. It’s a fun song and full of happiness.

A simply drum pattern is heard in the song “Mother Stands For Comfort”. The tone of this song is deeply dark. The Mother in this tale is a Mother of a murderer. You could say that the song is about a Mothers love no matter what and the fact she is a mother of a murderer is inconsequential. A song which has little warmth and is quite frightening.

My favourite song on the album and favourite Kate Bush song in general is “Cloudbusting”. I love this song dearly and find it often evokes an emotional reaction in me because it is about a son’s love for his Father. The story is explained from Wikipedia:

The song is about the very close relationship between psychologist and philosopher Wilhelm Reich and his young son, Peter, told from the point of view of the son. It describes the boy’s memories of his life with Reich on their family farm, called Orgonon where the two spent time “cloudbusting”, a rain-making process which involved pointing at the sky a machine designed and built by Reich, called a cloudbuster. The lyric further describes Wilhelm Reich’s abrupt arrest and imprisonment, the pain of loss the young Peter felt, and his helplessness at being unable to protect his father.

The faith the boy has in his father and the pain he has when his father is taken away is superbly expressed by Bush in what is a quite magnificent song.

“And Dream Of Sheep” is such a beautiful ballad it sometimes alludes me to why it is such a great song. I get taken away by it. It evokes so much imagery and nostalgia it again taps into an emotive side inside me which is rare for music to do to me so profoundly.

The song is about someone alone in the water and fighting to stay awake. If they fall asleep they will drown and they are trying very hard to not do so. Ultimately they do fall asleep and this takes us into the next song “Under Ice” which is quite frankly a horrible song. It’s horrible and it’s meant to be. The chanting of what is happening to them is quite disturbing as the person who has fallen under the ice is almost having an out of body experience and the lyric near the end “It’s Me!” is a horrible realisation of what is happening.

“Waking the Witch” is a song which tells the tale of Witch Hunters and the persecution the accused often faced. I don’t care for the song as it is very difficult to listen to with the aggressive voice of the Witch Hunter we get later in the song. I can’t wait for the song to end.

“Watching You Without Me” is slightly better but still quite uncomfortable listening. This song is about your loved ones sitting at home waiting for you to return but you have no way of telling them where you are and when you are going to be coming back. The song features a part near the end where it sounds like you are on the phone to someone but it is just breaking up. As I mentioned, its uncomfortable.

“Jig Of Life” is an a track which is just about everything you would expect from an Irish country music song. At this point I am getting the feeling that since “And Dream of Sheep” we have been talking about the same character who was stuck in the water who has been dreaming about being witch hunted, under the ice and fearful that they cannot let their loved ones know where they are.

With “Jig Of Life” we are getting the inner strength of our character who is now defiant and trying to convince themselves that they will live through this.

“Hello Earth” is a bizarre song. I’ve not really been able to follow it given the parts in the song where her voice is replaced by some odd foreign language piece which kills the drama in the song for me. This song is just too much for my little brain to comprehend.

“The Morning Fog” sounds a lot more positive and I can only hope from the ambiguous lyrics that our character does get out of the water and can see the morning fog. Certainly their is a lightness in the song’s production that leads me to believe that we are to be positive.

“Hounds Of Love” is a stunning piece of work. It is not often you will get caught up in the themes and tales a music album can offer. Sometimes it can be difficult listening because you need to really immerse yourself in its story. Only the first two track really work as pop music songs that can be played on the radio in the background and you can sing along to the chorus.

Whilst both excellent songs they do not tell the true meaning of the album which taps into a plethora of emotions.

Much has been said about Kate Bush before and who am I to add my opinion. Whilst it is all sometimes a little pretentious I cannot doubt the sincerity and dedication Bush has put into this piece of work. She has created a world whilst bleak, seems very very real. 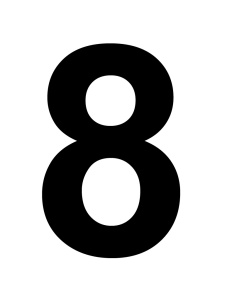