Posted on January 5, 2016 by Xtal Posted in Uncategorized 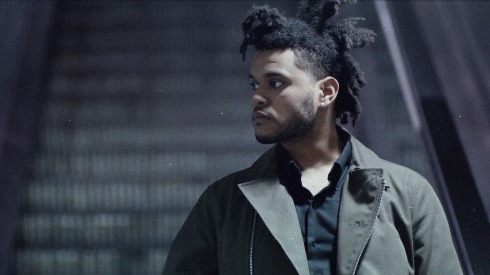 ‘Beauty Behind The Madness’ is the second album from Canadian alternative R&B artist Abel Tesfaye who goes by his stage name of The Weeknd.

2015 was the year where Abel saw mainstream success with this album spawning a number of hit singles which radio took on with much excitement.

I was not aware of The Weeknd before the track “Earned It” hit the airwaves off the back of the movie soundtrack “Fifty Shades Of Grey” but it is clear that he has been releasing music in the form of mix tapes (and a commercial failure of a first album) for the last 3-4 years.

Because of my lack of knowledge about his character and previous lyrical content I went into this album with a clear mind but expecting to hear standard pop R&B tracks similar to his hit “I Can’t Feel My Face”.

But there is so much more on this album. There is a depth to the lyrics which whether you like or loath what he is saying doesn’t take away that there is a insight into his world which is honest and quite dark.

The lyrical contend tends to deal with the themes of drug use, sex, themes of misogyny (intentional and unintentional) but then there is a looming fog of love which lingers, then dissipates, then fills the track again.

To say I found “Beauty Behind The Madness” a surprise is an understatement.

The opening track “Real Life” sees Abel sing in the sweetest voice yet the lyrics sees him attempting to find comprehension in the way he has been living his life.

Mama called me destructive, oh yeah
Said it’d ruin me one day, yeah
Cause every woman that loved me, oh yeah
I seemed to push them away

“Losers” features UK Singer/Songwriter Labrinth. This is a really delightful track. It’s got a great piano loop and the drum beat is heavy enough to give the track a richness that the lyrics deserve.

It has an old soul feel with the hand clapping adding that particular theme. Abel’s vocal channels parts of Michael Jackson which is not the first time you can make that comparison on this album.

“Tell Your Friends” pretty much blew my mind. It did so because I didn’t really expect it. You have to understand that my knoweldge of this singer was limited. I am listening to “I can’t feel my face” and whilst I liked the track I never really would have thought he would have been capeable of such a track.

Produced by Kanye West “Tell Your Friends” see this soft, whimpery vocal set to lyrics that are dark and brooding. Abel has made himself a villan. A character of unscrupulous morals whose main enjoyments are popping pills and fucking.

He is brash with his statements and unapologetic. He sees this woman he is sleeping with as someone with no substance and she can go and tell her friends that she is having sex with him because that is all she wants to do anyway.

Abel talks about being homeless and how fame has changed his life. He doesn’t come across thankful for this change and I feel there is a sense of disappointment that the chase for success has actually been found.

The track makes Abel come across as not a very nice person. Maybe this is what he is aiming for or maybe this is the truth. The third verse gives me a sense that this isn’t how he really wants to be.

His line “they told me not to fall in love, that shit is pointless” is repeated and the way he sings this makes me think he is actually contemplating what he is saying and the longing to be in love and to be loved is really what he craves.

In the opening track he recalls his mama telling him he was destructive and he has really gone into great detail on “Tell your friends” just how destructive he can be.

“Often” continues in a similar vain. The ego Abel is projecting is quite vile. His opinions on sex as just a throwaway activity is brazen yet again I feel his delivery is suggesting that this might be the way he is living but it’s all just very mundane and boring to him.

Ask me if I do this every day, I said “Often”
Ask how many times she rode the wave, “Not so often”
Bitches down to do it either way, often
Baby I can make that pussy rain, often

“The Hills” is a big track. It’s big in its production, it has a big chorus with a hook you’ll remember even after a first listen, it’s got more gloomy and questionable lyrics.

It’s a cold song. It’s a cocksure song again showing disregard for the women he is having sex with. They are object and there to serve a purpose.

He doesn’t want feeling, he just wants these women to touch him. He has no interest in their opinions about him or they way he behaves.

Abel says that “When he is fucked up it’s the real me”. Is he trying to convince the listener or himself? Is he just in a spiral of recklessness. He was told by his mama he was destructive – is he simply living this out in reality as to make a point?

I’ma let you know and keep it simple
Tryna keep it up, don’t seem so simple
I just fucked two bitches ‘fore I saw you
You gon’ have to do it at my tempo
Always tryna send me off to rehab
Drugs start to feeling like it’s decaf

“Acquainted” doesn’t really do enough to distinguish itself from “The Hills” in terms of its musical structure. I am not really feeling the instrumental on this track and the melodic foundation sounds far too similar to the previous track.

“I Can’t Feel My Face” is the big single from the album. It is the most radio friendly pop orientated song on the album. The lyrics still contain that little bit of darkness that helps it fit with the rest of the album as drug use remains a big theme. The pounding baseline and simmering vocal with so many sing along moments make this one of the best singles released in 2015.

“Shameless” sees Abel sing over an acoustic guitar in what at times sees like a more tame love song but then he will come out with a line about sex that has you raising your eyebrows.

“Earned It” has a more orchestral feel about the production as Abel croons over this slow instrumental. The song is a tad winy and feels a little disingenuous given the other tracks on this set.

“In The Night” is one of those tracks where you think “this is a hit”. It’s uptempo with this 80’s style production. It’s extremely Michael Jackson and not just because Abel’s voice sounds similar but also in the way he delivers it.

“As You Are” is a nice track. It’s essentially about a relationship that just isn’t going to work. Both are aware of the problems they have but they will not give up because they feel they need each other. He is willing to be there for her but the questions about their future remain.

“Dark Times” features English singer/songwriter Ed Sheeran. This bluesy style number is like two friends in a bar bemoaning their life and relationships. It’s a decent track but never really gets going which is disappointing considering that there would have been a real expectation with Sheeran collaborating for just a bit more.

“Prisoner” sees New York singer Lana Del Rey contribute. I felt the album needed a female voice at some point given that whilst Abel talks about them a lot his opinions seem so hollow and empty.

Del Rey does very little on the track and her lone verse is short without saying much. The song sees both characters talking about troubles in their life but I would have liked to have seen them tell a story as a couple to at least give some reply to the over confident and sometimes plain selfishness that The Weeknd has shown us to be his views towards women.

“Angel” is this 80’s soft rock pop production. It’s not quite Prince and sadly Abel’s voice doesn’t really have enough range to make this into anything else but a bit of a borefest. There needed to be a alteration on the range and this is where another R&B artist such as Maxwell would have been able to take this to a different place.

The Weeknd in general has done well to take a sometimes irritaing voice to a place that fits on most of the tracks. Other than “Earned It” I don’t feel his high pitch voice hinders him on any of the tracks.

So the verdict. Did I like it? I did, very much. Is it a nice album? No it is not. It’s full of questionable lyrics but at the same time they are fascinating.

This is not a run of the mill R&B album. There are no club bangers. There are not any straight up soul songs. This is pure alternative R&B. I cannot determine whether Able is being honest or simply playing up to a character that he has created or once was.

The battle between fame and what he was previously doing seems to be there even if I haven’t ever listened to any of his previous stuff.

“Beauty Beyond The Madness” is morbid, at times abhorrent but so very compelling. 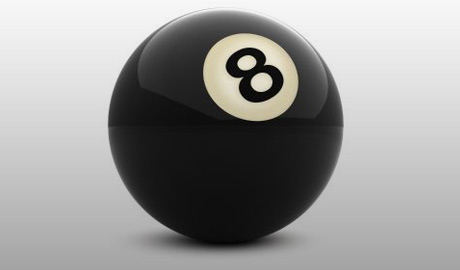