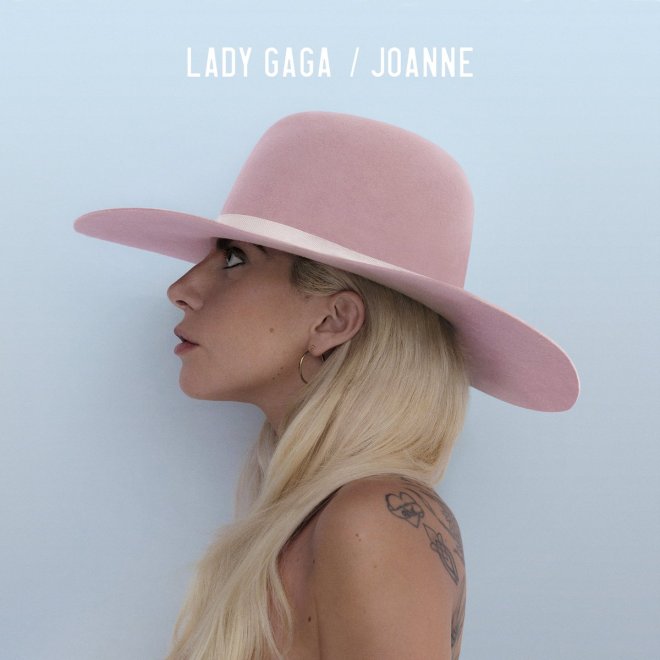 ‘Joanne’ is the fifth studio album by Lady Gaga and marks a distinct change of direction for the 30 year old singer/songwriter.

The change is so dramatic that you could be forgiven for not realising that the majority of tracks were in fact being sung by an singer famous for hits like “Poker Face”, “Bad Romance” or  “Born This Way”.

But of course no artist wants to stay the same and change is always welcome just as long that you are not alienating your core fan base and this has been my problem with Lady Gaga for sometime because I believe she is always (maybe unconsciously) trying to rid herself of her previous work but in a more desperate way unlike greats such as Madonna or Bowie.

Lady Gaga has always wanted to be a “artist”. She has overlooked the fact that her fan base are the same as the ones who listen to Katy Perry, Beyonce, Taylor Swift and Rihanna. Now I am sure many passionate Gaga fans will tell me that she is better than all of those and that she is ‘different’ but whilst I am a advocator of not needing hits to be a great artist this is a singer who needs hits to keep her in the forefront of pop music because that is her market.

The failure of the previous album “Artpop” saw Gaga retreat and show a more stripped down style in both her image and music. The collaboration with legend Tony Bennett was Gaga saying ‘listen to me sing first’ and I think that was a smart idea because whether you like Lady Gaga or not she is a first rate vocalist and arguably better than any of the popular female singers around in the charts at the moment.

But “Joanne” is a bit of a mess and difficult to follow. The lyrics at points can be quite personal but they also seem a little forced as if she is trying to get in touch with her inner “Adele” though failing to show real genuine emotion.

Every track on the album is produced by Mark Ronson.

“Diamond Heart” kicks the album off and whilst on first listen I didn’t think too much of the track on reflection it is probably one of the strongest songs on the set. The chorus is very suited to Gaga with her soaring vocals declaring that whilst she may not be flawless she has a diamond heart.

The beat is bold and the rocky guitar sees Gaga’s vocal fit well and I think she sounds great on this song. Perhaps this what she was aiming for orignally with the sound on this project but the fullness of a track like this is sadly lacking on the majority of what is to come.

“A-Yo” is a bit like a rejected song from the odious Meghan Trainor. No amount of country twang can convince me of any positive in this song. This is an atrocious track. It’s not that is just unlike previous Lady Gaga tracks and that I am afraid of the change of direction – it is just a god awful song with a horrible hook. The word ‘annoying’ doesn’t even cut it.

The title track “Joanne” is next. There is a theme on a few of the tracks about friendship and being there for someone. Gaga changes her vocal style on this track as she tries to imitate a folksy country style singer. The melody is boring and her voice sounds incredibly thin (although this could well be deliberate as she actually references that in the song).

“John Wayne” is a little more engaging but I am still trying to get to terms with this country vibe Gaga is producing. The track appears to be about her interest in a Cowboy type of man and how he is better than anything in the city.

The production doesn’t really excite and whilst her vocal sounds strong again it’s just a bit of a redundant song.

“Dancin’ In Circles” will probably appease long standing Gaga fans as it is similar to a few of the tracks she has done before and bares a striking resemblance to “Alejandro”.

“Perfect Illusion” was the first single taken from “Joanne” and it’s easy to see why as it’s a straight up Pop song that hits all the points of a hit. It’s catchy, it’s easy to follow and Gaga sounds excellent.

Upon first hearing this song I understood that the next project would need to be a departure from the “Artpop” album as style had taken over substance but on hearing “Perfect Illusion” it in fact created a perfect illusion that Gaga would be able to deliver an album full of songs with big chorus’ and uplifting instrumentation.

In terms of what you would consider ‘pop’ songs I believe this is one of the best that 2016 has had to offer and an example that Gaga can create hook laden songs. This is certainly going to stand the test of time rather than the lead single from the previous album “Applause”.

“Million Reasons” is a ballad that Gaga strikes gold on. This song is stripped down and her voice is the absolute prominent feature. The lyrics are heartfelt and this is the type of track I wouldn’t have believed that Gaga had in her locker but she absoultley nails it on this track.

The song can be interpreted in a couple of ways. One could be that she is in a relationship that has gone wrong and that there are a million reasons to end it but she is holding out for just one reason to stay. The second interpretaion could be that she is struggling to hold onto hope in her own life and that every knock she takes is leading her to her own demise.

This track touches on religious elements and is the rawest song on the set.

I bow down to pray
I try to make the worst seem better
Lord, show me the way
To cut through all his worn out leather
I’ve got a hundred million reasons to walk away
But baby, I just need one good one to stay

This is a country song. It’s not a bad one mind, and I actually thought she does this really well. She doesn’t sound anything like the Lady Gaga we know but this one is more comfortable and certainly one that has gone back to her roots. This is probably the most effortless song that she lends her vocal to.

“Come To Mama” is no doubt interesting but it is not one I care for too much. She is reaching towards the Blues genre on this track as a 1960’s feel permeates throughout the track which is something we have seen Mark Ronson enjoy producing for Amy Winehouse and on his own album “Version”.

“Hey Girl” is my favourite track in terms of production the album. It’s actually a decent song and features the vocals from Florence Welch. She has a spectacularly engaging voice and although i’ve never been a fan of her material this is a very solid performance.

The song is about two women who have each other backs and Gaga is perhaps taking a swipe at the music industry today especially in the female arena where there are rivalirys popping up.

My issue with the song is that Florence out performs Gaga who as we know has a very strong voice but Welch just drowns it out with her own excellent performance.

This song is hopeful, positive and one of the better songs on this set.

The final track on “Joanne” is ” Angel Down”. This song is about a 17 year Trayvon Martin who was shot by police in Florida.

Gaga lays it all out on this poignant track and conveys the emotions of sadness and frustration with seriousness and sensitivity.

Shots were fired on the street
By the church where we used to meet
Angel down, angel down
Why do people just stand around?

I think overall Gaga has made the album she wanted to make and talked about issues that had been on her mind for quite some time. In terms of her music career I can’t see it selling more that Artpop and that was a commercial disaster.

Perhaps this album will give her a platform to build on and start producing the eclectic mix of genres that she clearly wants to experiment in.

I fully respect that Lady Gaga will not be bound by any category that me or anyone else attempts to put her in.

After all, she’s a free bitch baby.