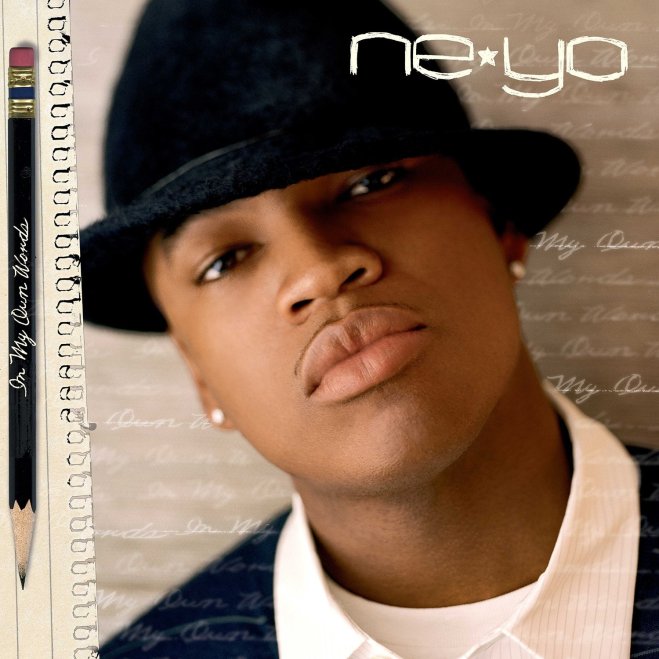 Posted on December 27, 2016 by Xtal Posted in Uncategorized 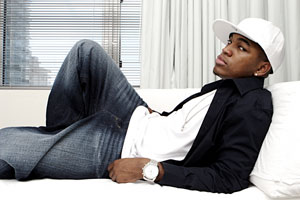 Ten years has passed since Ne-Yo released his debut album “In My Own Words” which had come off the back of him being a popular songwriter for similar artists such as Mario on his international smash hit “Let Me Love You”.

“In My Own Words” is a fairly standard pop/r&b album. The lead artist of this genre was Usher so everything any male R&B singer brought out into the charts of this time would be compared to him and without the scale of production that was afford to Usher many an artists struggle to compete.

Ne-Yo kicks off his debut set with “Stay” which despite being 3:52 long sounds like an intro that gets stuck despite needing to move on. Featuring an unremarkable verse from rapper Peedie Peedie the vocal from Ne-Yo sounds as if he is singing over the instrumentation instead of being part of the song.

“Let Me Get This Right” is a more standard style of R&B track but the use of the synth horns sounds cheap and a little hollow when a real brass section would have really brought the song forward.

“So Sick” was the big single from the album. The production (this time from Stargate) is bolder but it is the melody, hook and lyrics which make this the best song on the album.

The lyrics are memorable despite being frustrating when you actually look at them. Ne-Yo is not the first artist to want to proclaim that he doesn’t want to write a love song despite actually doing so. In fact it’s generally a reference to Wings “Silly Love Songs” which is generally commenting on people like Ne-Yo who say they are sick of love songs but in reality they are not and there is nothing wrong with that.

When this album was released I used to play it a lot and my most played track was the 4th song “When You’re Mad”. There is a classic soul sound about the track but lyrically Ne-Yo seems a little all over the place.

“Could it be the little wrinkle under your nose, when you make that angry face”

Now this is a cute line. Yes, its sickly sweet but I can deal with that. What I can’t deal with though is what this wrinkle under her nose actually made him feel in the next line:

REALLY?? I love the little things too but you’ve gone and turned a cute thing into something that would want to make you rip off all of her clothes? Not a sexy look, or a sexy pose but a wrinkle under her nose. Each to their own.

“It Just Ain’t Right” has a great melody. It sounds fresh and upbeat and I am happy with that part of the song. Lyrically it’s a bit tongue in cheek (well I hope so anyway) as Ne-Yo contact an ex to ask her if she is thinking about him sexually as he seems to be thinking that way about her nearly all the time.

The production is messy with unnecessary hand claps adding nothing to the track at all but I still like the track and it certainly isn’t one i’d skip through on here.

“Mirror” sees Ne-Yo try to get a little more adult in his lyrical content. I am not sure if he pulls it off because the concept of this song is beyond anything R Kelly could even come up with. Simply he wants to make love in front of the mirror.

“Sign Me Up” sounds so dated in it’s production. Melodically it sounds too similar to a couple of tracks we have already heard. It is probably the most lightweight track on the album.

Things are brought back to life with “I Ain’t Gotta Tell You”.This is a smooth chilled R&B song which really works. His unremarkable voice is at times a problem but not on this track and the use of a simple but effective brass backing on the chorus is subtle but adds something extra. This is certainly one of the better songs.

The 9th track “Get Down Like That” again is much better. The production on it’s own is soulful and bolder. The tune itself is what makes the song as lyrically he sounds a bit righteous as he tells this girl that he won’t be getting with her as he is already in a relationship. A simple “No thank” would have sufficed but he is going to explain in detail how much he wants to but make it clear that he won’t because he is pretty damn wonderful.

“Sexy Love” was a big hit from the album. It follows the same pattern as “So Sick” but I think it’s a much more heartfelt and genuine song lyrically.  I can’t really say much about this track other than it is up there with the best Pop/R&B songs of this decade. You can argue that the tune just loops around and around but I find it difficult to deny that it all comes together in a cohesive fashion.

“Let Go” has a very annoying dripping noise in the track which ever so often you will hear in songs and I have no idea why anyone would think that was a good idea.  Melodically I love the chorus on this track as Ne-Yo sounds a lot more like a serious R&B singer with his own backing vocals working really well. This is the sleeper track on the album but that dripping noise and horrible twangy guitar which comes in and out of the track ruins it.

The final song on the album is “Time”. This is a very dramatic song about heartbreak and frustration. His biggest problem on this song is his voice which just doesn’t have enough power to drive the song forward. His voice sounds think and I think he really struggles to get through what is generally a very boring song anyway.

This debut from Ne-Yo is fun at times with a few big songs which introduced him to the world. His vocal isn’t great and I think most could list of 10 better singers than him in a matter of seconds. People may cite his songwriting ability but really is it actually any good?

It’s an attempt at honest and “real” lyrics in situation we are meant to relate to but it’s all a little icky without a real big and sexy voice to back it up.