Posted on February 3, 2017 by Xtal Posted in Uncategorized 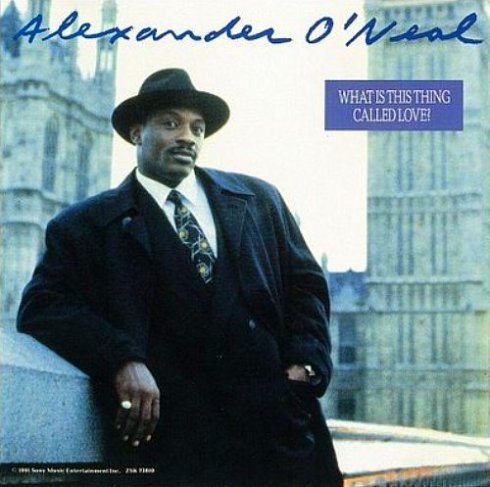 Alexander O’Neal released his 4th studio album (5th overall if you count the remix album “Hearsay All Mixed Up” in 1991.

Reaching number 2 on the UK album charts and staying in the chart for 16 weeks “All True Man” further cemented O’Neal’s leadership in the R&B field at that time.

What was difficult for O’Neal is that the R&B field was changing and he needed to change with it with New Jack Swing and Hip Hop beginning to be the forefront of black music both in America and in Europe.

This was O’Neal’s first album of complete new material since the successful “Hearsay” in 1986 which turned O’Neal into a global superstar.

There is a clear attempt to bring the elements of New Jack Swing and a more dance take on Soul music into the album and we see this immediately on the opening song “Time Is Running Out”.

Produced by long time collaborators Jimmy Jam & Terry Lewis the industrial sounding production which was the rage at the time of release is the driving force of the instrumentation.

Lyrically it’s all pretty basic with O’Neal singing about time running out in our lives. The concept is pretty clear – stop wasting time.  The song has a very “intro” feel about it but at 03.52m it is obviously a little more than just that.

What this song does is immediately tell you that you are not going to get another “Hearsay” with this album and music in those intervening years has moved on. Things seem bigger and a little bolder.

“The Yoke (G.U.O.T.R)” is the next track and at 07.15 is arguably the most out there song on the album. It’s a early 90’s funky frenzy but the production is of a time and feels messy.

But on a track this long you are going to get some good bits and there are elements that are engaging. It’s one of those tracks that you don’t think you are enjoying but won’t turn off because you want to sing the bit “Baby now the yoke is off my back”. Well, maybe that’s just me..!

What this track is meant to do is give the album edge and take us as far away from “If You Were Here Tonight” as possible and it certainly does that.

“Every Time I Get Up” is almost a product of what the first two tracks were trying to create. This song fits better with O’Neal’s vocal and brings a more soulful element into the project.

Lyrically it suits O’Neal too because on his big hit “Critcise” he is talking about a relationship where he keeps getting put down and this theme is continued here.

The term ‘dated’ can be used for a lot of music produced in the late 80’s early 90’s and this is clearly evident on the track “Somebody Changed Your Mind”. Initially the instrumental doesn’t seem so bad but as the moves on the same chords just start to grate. O’Neal sings about a relationship where the other person seems to have had a change of heart about life together.

He aggressively wants to know who changed their mind and I can’t help thinking it was probably him with is over the top reaction. I doubt the writing was sophisticated enough to actually add this element in but if you listen to the lyrics and the way they are put forward you can’t help but think that maybe this type of reaction is exactly why they changed their mind.

The key changes in this song are messy and overall this is the weakest song on the album.

“Midnight Run” melodically is also quite weak but the production doesn’t annoy and stands up quite well. This was not produced by Jam & Lewis but instead the reigns were handed over to Denzil Foster & Thomas McElroy who were producing massive hits for En Vogue.

The chorus just annoys me.

Lyrics I never understood when I was younger and I sit here listening now and don’t have a clue because the rest of the song is about O’Neal telling this woman that her relationship with her husband may be breaking down but he is there for her. The saving grace of the song is O’Neal’s vocal which he really impresses on.

“Used” ends the first half of the album and is quite funny in ways because the structure of the song is EXACTLY the same as “Criticise” from the previous album.

So if you liked that track you’ll love this. Which I do, because its aggressive with more of a rock feel to the whole thing with Jellybean Johnson on the guitar duties again.

O’Neal always seems comfortable on a rockier side of things when he is generally (and unfairly) just labelled as a soul crooner but there was much more funk and rock in his music and voice that got missed in favour of the slower love ballads.

The second half of “All True Man” is exceptional.

We kick it off with the title track where O’Neal sings what would become one of his signature live songs. I have never been wholly enamored with the track because of it’s slushy nature but when you listen to this album in it’s entirety this song is very much needed.

It calms things down, it loses the aggression and O’Neal just breaks things down to this woman in a very simply way. It is the grown up version of “Sensitivity” by Ralph Tresvant.

What I like about this song is that O’Neal is showing no signs of vulnerability. He is confident in what he can bring to a relationship and I am convinced he believes he is in fact an All True Man.

The 8th track is a special one. “Sentimental” has to be up there with one of the best songs Alexander O’Neal has ever been part of. This song tows the line on slushy and just holds back enough for the sincerity to burst out.

The vocal is heartfelt but understated. The booming voice of O’Neal is softened but still gives us a bit of power later on in the track.

‘Sentimental’ is about making sure you tell someone you love them before it is too late. The first verse talks about family and the second about a lover. The feelings towards these people may be different but ultimately love is love.

We all have memories, we should not forget
Times that become part of our lives
A person so heartfelt, when I think of you
I get sentimental

A more dance element is introduced on the next track “What Is This Thing Called Love”. I absolutely adore this song. The production is magnificent with the introduction of a string section making this song feel big.

O’Neal continues to question the concept of love and is very direct in his thoughts towards the issue. This track is funky, soulful with a hook so infectious you will be surely singing it by the end.

The 10th track is my personal favourite “The Morning After”. This track is pure sex and O’Neal shows a more seductive side to his vocal. This is grown folks music and I don’t believe O’Neal ever sounded better.

After the chorus comes around the second time O’Neal uses his vocal to perfection with a falsetto to hold the note that I don’t recall him using again. It’s perfection.

The slow down R&B theme continues on the next track “Hang On” which melodically O’Neal smashes. The one constant theme is his voice which standouts above so many others.

I always feel that Alexander O’Neal came at the wrong time into music because if he had been around in the 1960’s I think he would be a name just about every one would know.

On “Hang On” he again explores the subject of relationships that are not going particularly well and in this instance it is he who is asking his partner to just hang on before they make any decisions that would cause them to end.

The very final track on “All True Man” is a song that doesn’t fit in with the rest of the album but actually ends up standing out. It doesn’t fit in because it is a understated, simple guitar rift piece of ambient soul.

“Shame On Me” is a one of those beautiful tracks. It is like nothing Alexander O’Neal has ever sung before yet tells an almost sad tale of a man who has been cheated on and is contemplating giving the other person a second chance.

He attempts to reconcile his feelings but I get the impression he is unable to on this haunting and atmospheric track.

Whilst not as cohesive as the self titled debut or the hit machine that was “Hearsay” this album from Alexander O’Neal filled a gap in the market which was a more mature R&B sound especially on tracks like “The Morning After” or the gorgeous “Sentimental”.

There are moments of sheer brilliance from O’Neal but also a few tracks that fall way short of the quality we had come to expect from his music up until this point.

This would be the last album where Jam & Lewis would be involved but O’Neal would still follow this up with a more solid album two years later. 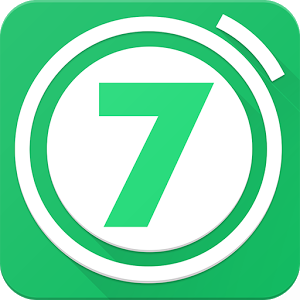