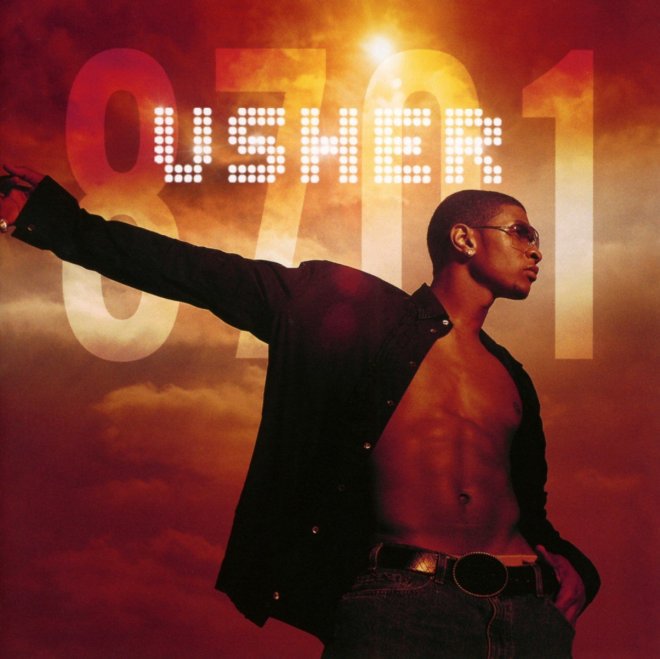 Posted on March 1, 2017 by Xtal Posted in Uncategorized

8701 is the 3rd studio album released by American singer Usher.

Whilst his previous album had spawned big hits like “U Make Me Wanna” and “Nice & Slow” it was this project “8701” which catapulted the young singer to international stardom.

In my opinion this album was the standard that all young contemporary R&B singers into the 2000’s would be set to. I believe that every subsequent release from a R&B artist catering to the 16-25 market will look at this album for inspiration. 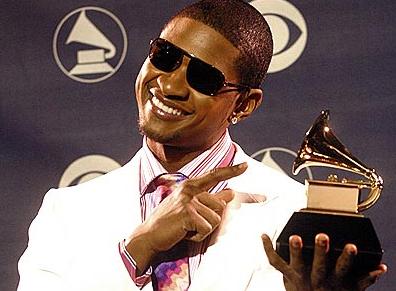 This album had some massive hits and after the opening introductory “Inter-lude 8701” we hit straight into one of those big hits “U Remind Me”.

Produced by super producer duo Jimmy Jam & Terry Lewis this song tells a tale of wanting to be with someone but unable to do so as they just remind you too much of an Ex and a relationship that did not go well.

Winning a Grammy for best Male R&B Performance this was the biggest hit off the album and had all the ingredients needed for a hit song. The instrumentation is simple and repetitive but works well with the the synthesized clarinet playing the the melody of the chorus and sticking in your head.

“I Don’t Know” featuring P Diddy is a straight up song for the clubs. Whilst this album will include a number of ballads which show off Usher’s vocal ability a track like this produced by the Neptunes (a the height of their hit making years) is for people to get down to. Like a number of Usher’s songs that are more club based this song talks about meeting a girl in a club and talking directly to her.

My favourite song on the album is track 4 “Twork It Out”. This song is is corny as hell and many will have this down as soppy nonsense but I love it. Perhaps this was just a song that I connect with a certain time of my life and I can remember singing it to the top of my voice. The song again lyrically is just Usher talking directly to a girl in what is a love song theme that flows through this entire set. I love the production on this track from Jam & Lewis.

One of Usher’s big hits “U Got It Bad” is one of the most overly dramatic R&B songs you will hear and throws back to the early 90’s of vocal groups who would really lay the love and anguish on thick.

Usher sounds brilliant on this track which is meant to be his anthem and it certainly is as the drama created makes it a true R&B hymn and gives Usher a chance to break away from just being a teen sensation and more of a serious singer. The guitar solo from Billy Odum is a highlight of this well constructed track produced by Jermaine Dupri.

On an album with so many tracks you will likely get some weak songs and “If I Want To” is certainly one of them. It really sounds of a time and doesn’t the messy production (which is like a fusion of what we have heard already) doesn’t really work either do the arrogant lyrics about taking this girl from her man if he wanted to. This doesn’t really play to the sweeter and more thoughtful Usher we have been presented with on the previous tracks.

I’m not a fan of the next song “I Can’t Let You Go”. The shouty distorted vocals from Dupri at the start and the generally noisy nature and horrible melody and chorus just make this a song I can’t wait to skip. Crap.

But Neptunes produced “U Don’t Have To Call” is one of the highlights of the entire project. I always loved this song and always preferred it to all the other singles released from the album. Usher sounds superb on this as he tests his vocal range throughout in a highly enjoyable track.

Track 9 is the interlude “Without U”. Usher’s voice is at the forefront with the obvious Michael Jackson comparisons going to be made as the style is undeniable.

This sends us into a song more cornier than “Twork It Out” as Usher bellows out “Can U Help Me”. It’s hard to dislike this track because it’s so damn sweet. This song will make even the most ardent hater chill out just a little. The melodic smoothness of “Can U Help Me” is hard to find any bad feelings about in what I consider one of the finest moments in Ushers career.

“How Do I Say” like the previous track is over 5 minutes long on what is an album which goes on for far too much time. This is another track that just sounds a bit dated as it’s production was for a time and wouldn’t be something you would want to go back to anytime soon.

This song to me sounds like “Mi Chico Latino” by Spice Girl Geri Haliwell. This isn’t a good comparison. That Spanish guitar doesn’t sit well on this album in what to me is simply a corny serenade.

“Hottest Thing” is the 12th track and whilst it isn’t a bad track the lyrical theme is getting really tired by this point as Usher is again talking to a girl in a club and telling her how nice she is.

“Good Ol Ghetto” is a nothing track. Dreary and downright boring. Skip.

“U-Turn” is good fun but I am so used to having danced to the garage remix in the early 90’s it has perhaps ruined my experience of the the normal recording. Nevertheless this song is again a bit cheesy but at the same time it’s feelgood and enjoyable as Usher name checks his influences Bobby Brown and Michael Jackson in a bit of a nostalgic nod to the music he is wanting to create.

“T.T.P” again suffers from dated production and is just another filler but I do like this one. Usher has a flow than so many have tried to create since but on a song like this he is the king of Pop R&B.

The final track is “Seperated” which basically is the Metaphor volcano that has erupted. It’s predictable, boring and I found myself eye rolling at the way some (or most) of the lyrics are. It’s a bit vomit educing.

There is one track I have missed because on the American version of the album which I am listening to on Spotify it does not include “Pop Your Collar” which the international edition does.

“Pop Your Collar” was a massive hit in the UK and even now you’ll hear it played. It’s one of the best tracks Usher has ever released as it’s catchy, cheeky, and sounds brilliant. If you are between 26-35 years old I am sure you have danced to this one.

8701 is a Pop R&B album which will always fall down on lyrical depth because that is never seen as very important when essentially trying to make pop hits. Make no mistake this is a pop album which the the lead singles have been constructed intricately to ensure Usher would rise to super stardom and the formula did exactly what it was meant to.