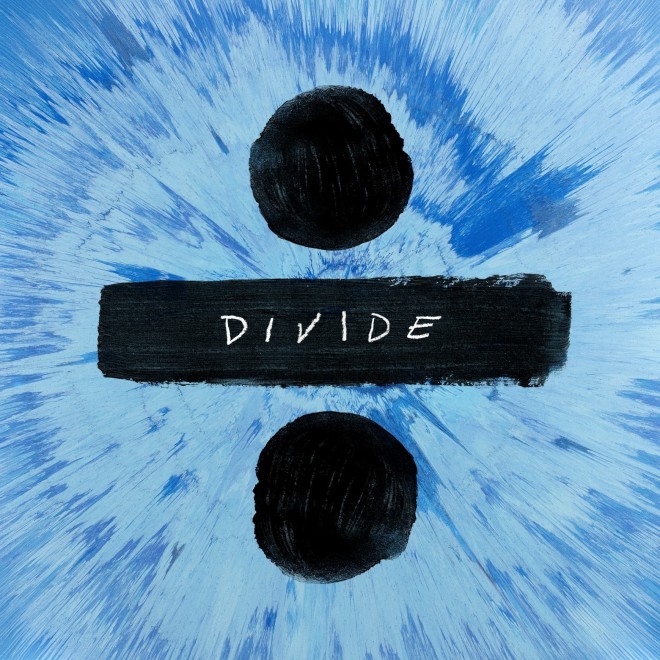 The world of pop music has always given us glitz and glamour with the anticipation of one of these big stars returning to the charts treated with much fanfare and whilst Ed Sheeran has been afford such hype he continues to simply display an image that has everyone thinking that he could be their friend.

Ed Sheeran is almost an anti pop star as he he conforms to nothing that we expect of the massive artists of past and present. His volume of sales is extraordinary and whilst I still believe he has never done anything exactly groundbreaking there is something about his look, his music and his lyrics that has everyone from teenagers to older people (male and female) wanting to listen.

I suppose I myself have an affinity for Ed Sheeran due to watching him perform live well before he had released his first single. I remember thinking he was talented but that sort of thing doesn’t really translate to the UK charts very well. In fact male artists in general before Ed Sheeran had all but disappeared from the charts with only Robbie Williams coming to mind as a true hit maker before his introduction which was quite some time before.

Sheeran doesn’t offer much variety on what we have already heard on his debut album + – Ed Sheeran (2011) and the follow up x – Ed Sheeran (2014). In fact more R&B tinged tracks on “X” such as “Sing” & “Don’t” are not the style present on this high anticipated third album with only one track I can recall perhaps fitting into that category.

The opening track “Eraser” starts with a messy sounding guitar as Sheeran raps about his struggles with the music industry. I don’t care too much for the rap as I will explain further later on. The chorus is excellent though and Sheeran sounds great on a track which is meant to sound big and bold. I think overall it achieves it’s goal despite sounding a little difficult to follow in it’s early stages.

“Castle On The Hill” is not hard to follow. It’s got this Mumford & Son’s influence with a repetitive guitar rift and pounding drum. Sheeran again is talking about the past on an album where he is delving into his past and reminiscing.

I’ve heard a few negative comments about this song but I feel this is as close to what Ed Sheeran is about than any other song on the album. There is a sweetness he exudes and this song is one of those that you can close your eyes and create images to exactly what he is talking about. It is also very relateable as it’s about growing up and becoming a man.

My only criticism of this track is that the production again sounds a little messy especially later on in the song where the repetitive nature of the drum and rift can distract from the vocals.

“Dive” has a more soulful production as Sheeran sings a simple love song in a very old soul music style. The song has some female backing vocals on the chorus to further that soulful vibe as he croons in an emotional way about his vulnerability in this particular relationship.

It’s difficult for me to dislike this song as he hits musically where I usually like to go though I am not convinced by his vocal at times which I don’t think lends itself to that raspy big soul voice that he is trying to put over.

“Shape Of You” is probably the best song on the album. That’s not just because it was the single and we have all heard this track more so than others but simply that it is a very good pop song. It’s catchiness is almost annoying and whilst I am not too gone on the production (sounding exactly like Clean Bandit “Rockabye”) as the song builds it just stays with you.

This track also sounds like nothing on “÷”. It is alone in it’s sounds and actually when you listen to the album in one chunk it sounds a little out of place. But it’s a big track and a great comeback single.

“Perfect” is a really old fashioned love song. Sheeran always has liked to do a song that people can play at weddings. On the debut album it was “Kiss Me” then he out did that by someway on “X” with the smash hit “Thinking Out Loud”. On “Perfect” he tries again but the problem with songs like this is that you are always on the edge of complete corniness and you are trying hard not to fall over the edge which I think he does on here as this is song is just too sweet. It’s a long track too (04:23) and whilst it is obvious what he is going for here I get bored by this far too quickly.

When looking at the track list for this album I immediately was drawn to the title “Galway Girl”. Being of Irish heritage perhaps that was why but of all the tracks I was eager to hear it was this one. In fact when the album became available on Spotify I went to this song first.

The chorus starts the song and I couldn’t help but smile when I heard it as it was everything I had hoped he would create. Sadly though the verses are Sheeran rapping which I still find difficult to take seriously.

He sounds like he is struggling to keep up with his own lyrics but then once he gets back to chorus you’ll find yourself singing alone with the lyrics. This is a song I keep fighting with myself over whether I like it or not. I think I do but the rapping is just so difficult to get my head around and something I have struggled to enjoy when listening to Ed Sheeran previously.

“Happier” is a song about seeing his Ex girlfriend with another man. He explores this theme on the following track also.

On “Happier” there is a real sadness he is trying to get over about how he cannot stop thinking about this girl but regardless of the pain he is feeling he is hoping that she is happier with her new relationship.

The themes on this song have been done countless times in popular music so we do not get much in the way of a different take on this particular situation. Musically it is simple and largely uninteresting.

“New Man” is basically the same theme but put over in a completely different way. It’s Sheeran rapping again but at least this is funny.

The melody is enjoyable and the overall production suits the jumpy nature of the lyrical content. Whilst Sheeran is trying to be quite brash about his comments there are parts of the song where his vocal puts across the sadness that we heard on the previous track “Happier” which gives the impression that whilst he is happy to take this piss he is not happy about the situation overall and is pining for his Ex.

You can’t help but enjoy the sentiment on track 9 “Hearts Don’t Break Around Here”. Yes again it’s sickly sweet but Sheeran does sweet as well as anyone. This song is about his current girlfriend and he lays his love on for this woman very thick. It’s a very honest and raw lyric and you can tell he means every single word. That might sound like a throwaway comment but listen to the song and tell me you don’t think he is being genuine.

“What Do I Know” is a bit more upbeat and a song I really like. Lyrically it is more like the Ed Sheeran I remember from before his big break. His early tracks on his EP “Loose Change” were almost basic critiques on the world today and honest about his own failings or confusion.

This track harps back to that Sheeran admits that his isn’t the most educated and that his father had told him not to speak about politics and things that were others peoples quarrels yet he does so on this track in a rudimentary way.

You could take his lyrics as being a bit condescending but those early Ed Sheeran moments from 2010/11 give a better understanding of how he thinks and puts across his points.

“How Would You Feel (Paean)” is similar to “Hearts Don’t Break Around Here” in that it is about his current girlfriend and again he creates a song that is an ode to her. His vocal style on both these tracks is clearly different and that goes back to what I have previously said about just how much he means the words he is singing.

If you like these sweet ballads about love and can connect to them then this song is going to be a big winner. Like Ed Sheeran himself it is all difficult to dislike even if you do find it all a tad slushy.

The final song on the album (I’m not doing a deluxe edition) is “Supermarket Flowers”.

This song is about Sheeran’s grandmother who was ill when he was making this album and subsequently passed away. It is an extremely sad tribute to his grandmother and the song comes across very personal. It’s beautiful in it’s composition and one of the highlights of the album.

Ed Sheeran hasn’t ripped up the rule book and has kept to his safe formula. There are a few tracks which show a little more diversity but overall he is keeping to the same style that has made his one of the biggest pop stars on the planet.

I don’t think I expected Sheeran to come out with something groundbreaking as I don’t think he has ever been or ever will be a groundbreaking singer or songwriter. But his image is one that doesn’t alienate fans and there is almost a will for him to do well because he seems like such a nice fella.

It’s a solid album that will sell millions but taken just on it’s own merit it’s a pretty standard affair.