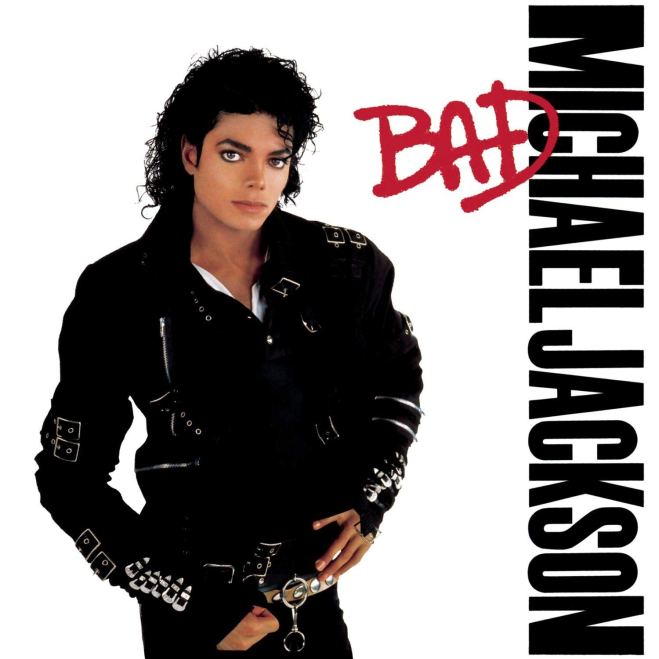 Posted on August 21, 2018 by Xtal Posted in Uncategorized

Years after his death Michael Jackson still remains an iconic figure in popular music even though his celebrity status often seems to outweigh what he was actually good at doing which was providing the world with copious amounts of pop hits which would stand the test of time.

On “Off The Wall” he fused his disco and soul music influences with the pop music sound of the day to create something quite magical and put him ahead of the curve.

On “Thriller” he went even bigger and with Quincy Jones at the helm they created an album which will make any top 5 list of greatest albums of all time.

How do you follow up the biggest selling album of all time? Well it would seem that Jackson wanted to go bigger on the scale of the entire thing with long movie-like music videos, a new image, a very different sound and an attempt to move away from the the softer side of Michael Jackson that everyone had come to love.

Musically it works in some places and fails in others. At times if you can detatch the lyrics from the singer then you can ride along nicely enough but with someone like Michael Jackson it is very difficult to do so. If you were listening to “Thriller” and moved straight on to “Bad” it would take some adjusting to.

But we always want growth and diversity from our artists so Michael Jackson obliged with an album of a scale I don’t think we have seen again since. 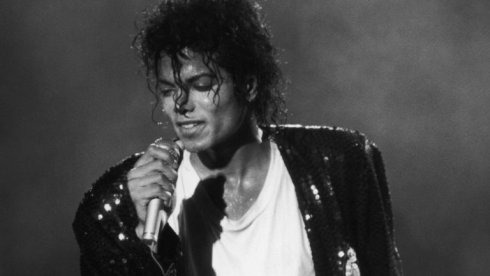 The title track kicks the album off. The first lyrics are hilariously “Your butt is mine” as Jackson wants the world to know just how “Bad” he is. Was this just a response to his rival Prince or was Jackson really serious here? Prince revealed some years later that the two had met and discussed doing a song together and Prince was presented with “Bad” which he declined to take part in.

The video is ridiculous and has aged poorly. If you want a good cringe have a look at it.

As for the production on this track I find it all a bit sterile in it’s instrumental and very clunky. There is a lot going on and it takes an age to just end.

“The Way You Make Me Feel” is much better because it has Jackson back to what he does best which are sweet love songs and sing along lyrics.

The instrumentation works better and the vocal arrangement is of the highest caliber. It is an instant Michael Jackson classic and one of the best songs on the set.

“Speed Demon” is one of the lesser known tracks from this album. For the most part it’s a simpler instrumental but he chorus is again very clunky and sounds extremely messy to me. I hate the way he sings the words “Speed Demon”. In fact I can’t actually understand that he says the word “Demon” at all.

The bridge sounds so off with a lower sound to the recording and his falsetto vocal sounding skeletal and lacking some layered vocals or just some damn reverb.

The synthesizer programming for the most part is fine but there is so much added on top the song just sounds an almighty mess.

“Liberian Girl” is much better because it is simpler in just about everything. It’s an uncomplicated song in it’s instrumentation and lyrics. In fact I find this song astonishing it’s tone and overall beautiful rich textured vocal.

Jackson doesn’t get enough credit for his ability as a vocalist and this album probably doesn’t help a favourable argument for his vocal talent but certainly on this song he nails and at around 02:50 the way his voice and the backing vocals work together is something special. An underrated gem.

For the fifth track “Just Good Friends” you have all the ingredients for a brilliant song. I mean Michael Jackson and Stevie Wonder together on any track should be a winner. But it really falls short.

After the album “Hotter Than July” Stevie Wonder produced mainly below par efforts and the production style of this period did not suit an artist who dominated the 70s with utter genius.

This song sound so very dated now and was just of it’s time. It’s a forgettable song with both singers vocally doing their best but it just doesn’t work.

Thankfully the album will from this point go on a superb run of songs which take a potentially average album to where it needed to be.

“Another Part Of Me” is so damn funky I always love when it comes on. It never gets the same love as some as the other songs on the album but it’s a big favourite of mine. Jackson sounds so good on this song that is uplifting and joyous. Love this track.

“Man In The Mirror” is the most famous song from the album not just because of it’s major popularity at the time of it’s release but also that it was the song of choice that went back to the top of the charts when Jackson died in 2009.

Why it was this song and not “Heal The World” or “Earth Song” which became the signature song of preaching that Jackson would often like to release is because this song doesn’t impose itself in an invasive or uncomfortable way like those two tracks manage to do.

It’s reflective and doesn’t blame the listener for any of their shortcomings.

“If you wanna make the world a better place, take a look yourself and make a change”

With the inclusion of the gospel choir and how Michael ‘takes it to church’ in the final portion of the song it just serves as an wonderfully epic pop song and one of the finest moments in his long career.

“I Just Can’t Stop Loving You” is a duet with singer Siedah Garrett. This is a special song for me as it reminds me so much of when I was very young. This song was everywhere and whilst I never really thought the vocal from Garrett was distinctive or strong enough it remains a really beautiful track.

Lyrically I think along with “Man In The Mirror” it is the strongest on the album. The message is clear and the instrumentation doesn’t detract from the vocals and the lyrics.

This track might be too saccharine for some but I think it is a stunning pop ballad and Jackson performs so well.

The 9th track though is my favourite song on the entire album and easily makes my top 3 Michael Jackson songs of all time.

“Dirty Diana” is what Jackson was really looking for on this album. The title track was a false moment because it is only on “Dirty Diana” where he really captures the progression of his musical style and the darker tone he wanted to convey.

This song is about women throwing themselves at him. He is Michael Jackson and women wish to sleep with him just because of that fact. He tells the tale of how aggressive and demanding these women (in this case Diana) can be.

Diana even grabs the phone from him in this track and tells his girlfriend that he is not coming back because he is going to be sleeping with her! Mixed with some big electric guitars this song is over the top but so damn epic I can’t help but love it.

The penultimate track is one of the most popular Michael Jackson tracks: “Smooth Criminal”. I think this song captures everything Jackson wanted to be in terms of his song writing and how influences of stories in movies consumed his mind and he wanted to create music that had it’s own world and characters.

As a pop song it is bizarre in the melody and lyrical content but I feel that he always had the video in mind that offered up a visual representation of the song. It seems normal for artists to do that in the modern area but Jackson was doing this at the time where artists wouldn’t think of mixing the two so closely.

Jackson obviously did this with the track “Thriller” as he looked at the horror genre as a way to make a song and this was a take on the crime/gangster theme.

It’s a superb pop song although every time I hear it I always think it is slightly slower than I remember it.

As I am listening to the UK release of this album there is one extra track which finishes the album off and that is the brilliant “Leave Me Alone”.

This song and accompanying video is one of the very few times that Jackson comes out and attacks the media for all the stories about him. He does this so well on this song and it’s such a overlooked song.

This is another slice of outrageously good pop music and Michael Jackson shows on this song just how ahead of the game he really was. A pop music pioneer, a trendsetter, a very good vocalist and the greatest showman post Elvis Presley.

As everyone knows this album was not as tight as Thriller and the songs in the main were not as strong but compared to most albums it still is absolutely superb.