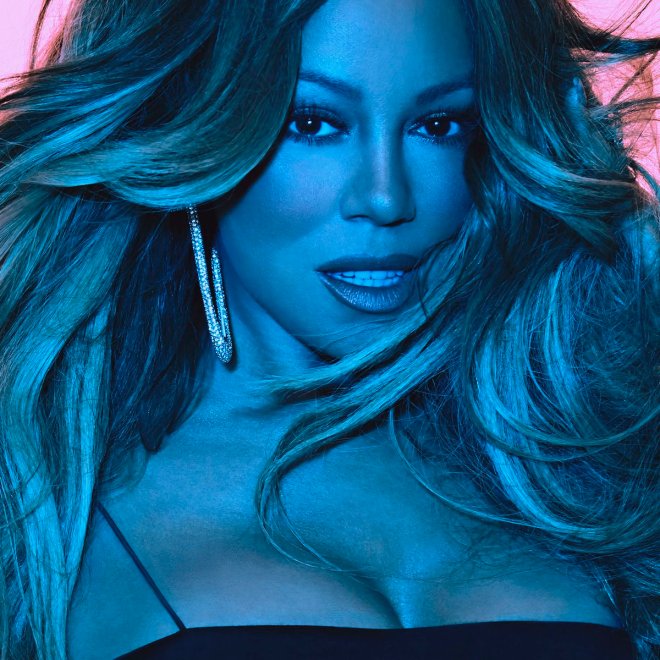 Posted on December 3, 2018 by Xtal Posted in Uncategorized

I have generally enjoyed the music of Mariah Carey and always thought her ability as a songwriter has been criminally overlooked when you realise just how many songs the woman has penned in her long career.

At the time of writing this review you will no doubt be hearing Christmas songs being played and her gargantuan hit “All I Want For Christmas Is You” will be clogging up the airwaves once again. It is often presumed this is a cover or someone else wrote the song but this was Mariah doing the songwriting as she has done on her big hits like “Hero” and “We Belong Together”.

When artists such as Mariah release another album I often find myself wondering what they are doing it for. I don’t mean this as a disrespect to older artists but unlike in previous generations when an artist like Prince could release his most renowned piece of work “Sign O The Times” and this would be his ninth studio album everything in the pop market of today is a struggle for relevance and branding.

Mariah has a vault of hits and could sing two live shows comprising of two different set lists and still have everyone singing but will those legion of fans be singing all the songs from this effort “Caution”? I think not.

“Caution” is not a terrible album by any means but its a project that seems to be to have been made for fan service. It’s not here to bring new people into the world of Mariah’s music but there to serve a purpose to simply give the hardcore fans some new stuff to sink their teeth into.

There are a couple of songs that I think are excellent and the vibe laid out on the album is a chilled yet pleasurable one. There is no fancy tricks on the production and many of the songs are presented with similar themes of relationships and empowerment.

The first track is “GTFO” which stands for ‘Get The Fuck Out’. You’ll quickly realise this is the title as that is all you’re likely to remember from this odd opener. The instrumental is repetitive and chilled but ultimately goes nowhere. The breathy vocal on the verse has Mariah talking about her relationship and how shes wishes for this man to leave.

It’s a basic generic song which has a little bit of humor with the title but similar to a song on Toni Braxton’s new album called “FOH” the theme is tired and the use of a swear word is a scream for relevance in a younger musical world.

Whilst the second track “With You” is so very similar to a glut of other Mariah songs I do think this is one of the stronger cuts on the set. Her voice works perfectly on this melody as Mariah proves once again that she is the queen of a piano ballad. She kills it on this track and whilst it perhaps packs the punch that the end of a track such as “We Belong Together” has it still stands up strong.

The title track “Caution” is up next with a very early 00’s feel on the production. Again the way her voice rides over the low key beat is top quality and she has mastered this type of singing. A simple chilled R&B flow and she holds back on the vocal gymnastics that at one point you think she may take too far.

“Ay No No” is the best track on the album and the one song off the album i’ve taken away and played individually. Sampling the beat from Lil Kim’s “Crush On You” this is a real banger. Suitable to nod you head to in the car, to dance in front of the mirror or get your groove on the dancefloor. This is pure R&B gold and deserved much more mainstream airplay than it received.

If “Ay No No” is the best track on the album then the next song “The Distance” is a close second. These two tracks show that Mariah can still make songs that flatten anything else in the R&B game. Featuring a rap verse from Ty Dollar $ign this is a track that sees Mariah hit back at critics of her relationship and that she can make things work and go the distance.

“Giving Me Life” sees Mariah joined by Blood Orange and Slick Rick. The Blood Orange influence is evidence given just how much darker this song sounds. The beat is gorgeous and Mariah again gives an effortless performance on one of the most low key but high moments on “Caution”. The verse from Slick Rick is perfectly suited to the atmosphere of this song too. A well put together song.

On 7th track “One Mo’ Gen” we begin with a lone piano before the standard and very generic beat comes in. This is possibly the most non descript track on the entire album and almost seems like an interlude. A slow jam which I suppose is there for a different texture but not a song many will be going back to listen to on it’s own merit.

“8th Grade” is another ‘nice’ track. It’s inoffensive and flows well enough. There isn’t much else to it other than it fits in with this album well and Mariah once again showcases how easy she finds riding over these simple low key beats.

“Stay Long Gone” is a bit more club friendly with it’s instrumentation although again sounds like a lost beat from the early 00’s. Again I am at pains to give a similar review to many of the other tracks because there is no way I can say this song is crap because it is more than passable. It just lacks that real oompth that I was looking for and just blends into the abyss of averageness.

The final track “Portrait” is straight up classic Mariah Carey. A piano ballad with her just singing a heartfelt song.

Introspective lyrics which Carey talks about rising up from struggle and taking a look at what she has achieved and what she hopes to do moving forward. Her voice is superb as she proves once again that she is a world class singer.

An excellent way to end the album.

Is this a great Mariah Carey album? No. Is it meant to be? I am not sure because much of the production and song themes are so similar to what has been done because but I firmly believe this is deliberate as this was an album for the fans.

There are some strong moments on here and I think any fan of R&B music should check out “Ay No No” and “The Distance” and if you are craving for that old school Mariah ballad then “Portrait” is available for you to get into.

Mariah hits the spots she needs to and whilst having so many different producers never helps an album flow this is generally consistent in it’s sound and aesthetic.