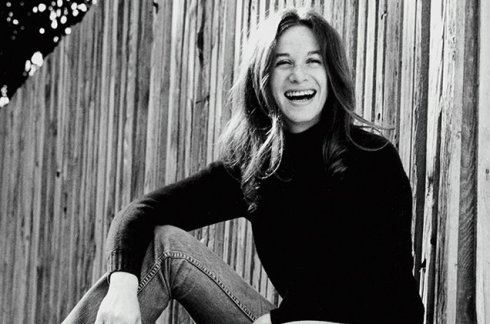 Female singer songwriters can often be lazily labelled as writing songs that can be too revealing and perhaps too emotional. This sexist viewpoint has always irked me as in my humble opinion the great female songwriters know how to connect with words and music arguably better than their male counterparts.

I was aware of a few of the tracks on the set as they are quite well known but I was interested to know what I would make of an album from 1971 and if it would stand the test of time.

The opening track “I Feel The Earth Move” surprised me due it’s upbeat nature when my knowledge of King had been more for the slow introspective ballads.

This track is actually quite raunchy in it’s lyrical content with the phrase regarding making the earth move used mainly as a reference to an excellent sexual encounter!

The 2nd song on the album is what I would have expected. “So Far Away” is a beautiful track. You could use the word ‘beautiful’ for many of the tracks on this set but this one certainly fits that bill.

Lyrically the song is simple with King singing about a lover who is far away and there is a frustration when she sings the lyrics:

“It’s Too Late” is arguably the most famous song from Carole King. It’s one of my favourite songs of all time so I guess it is a bit criminal that I until this review I had not listened to this album.

I love the instrumentation in this song the flowing baseline, the infectious piano and of course King singing wonderfully.

This track about a relationship that has broken down and the inevitability of it’s demise is enthralling as King says to this person that it’s too late to do anything about it. It’s a song which sad but the vocal displays acceptance and defiance.

“Home Again” whilst a pretty track is pretty redundant musically and lyrically.

“Snow is cold and rain is wet”

The song is quite standard in it’s formula and one of the more uninteresting tracks on this album.

“Beautiful” is certainly not boring and it’s one of the strongest tracks on “Tapestry”.

It’s such a positive song which can be played to anyone, in any walk of life. It’s a song that hits home the message of self love and it drives into you the confidence you must have in yourself in life.

You’ve got to get up every morning with a smile on your face
And show the world all the love in your heart
Then people gonna treat you better
You’re gonna find, yes, you will
That you’re beautiful as you feel

“Way Over Yonder” is a very bluesy track with hints of gospel littered throughout one of the more longer tracks.

She has talked about being so far away and wishing to get home again but on this track she seems to have found the place that she wants to be.

The song is very smooth and the production is of real quality. The saxophone solo only adds to the depth of the track and makes gives it a further dimension which makes it interesting from start to finish.

The 7th track is “You’ve Got a Friend”. What can I possibly say about this song that hasn’t been said before? The word ‘classic’ gets bounded about so much for tracks but this is absolutely a classic. It’s a song I would think 99% of the people reading this know.

It’s a wonderfully written track which really pushes the emotional buttons. It’s simply about telling someone that no matter what you are there for them and they will always have a friend. Beautifully written and expertly sung.

“Where You Lead” has a more Motown feel about it. You could imagine Diane Ross giving this one a go. There is almost a biblical feel about the lyrics which states that wherever this man will go she will follow.

This track is not just about love but it is about devotion. The type of love that King talks about in this song is unconditional which connects with the previous track “You’ve Got Friend”. The lyrics on this track are done in such a direct and simple way but the point is made clear.

“Will You Love Me Tomorrow” I had no idea that Carole King wrote. This song was originally recorded in 1961 by the group The Shirelles but it is King who co wrote it.

I was really surprised to hear this but I am very pleased I have. On the backing vocals we have James Taylor and Joni Mitchell. This is a quite stunning version of a song I always loved and I loved it because of what I considered a intriguing lyric.

The song essentially is about a one night stand and the protagonist not being able to get into her head that this may not last past this night. She attempting to ask the man the question about why his intentions tonight will be different tomorrow. She know what will happen in the morning and whilst she asks the question “will you love me tomorrow” she knows in her heart that he will not.

King is able to convey sadness in her songs without coming across as depressing. The situations she sings about such as on “Will You Love Me Tomorrow” makes sense and is not something that only a niche market will understand, it’s something that makes sense even though some may not want to admit it.

Track 10 is “Smackwater Jack”. The track is somewhat a deviation from the previous tracks as it tells a story which doesn’t really connect to any of the other songs. It’s a bit more humorous than the others as tells the story of men who cannot be talked into doing anything but what they want to do.

It’s more uptempo with a country music feel in it’s melody and instrumentation. It’s a fun track and after a number of serious themed songs it is welcomed.

The penultimate song is the title track “Tapestry”. I haven’t read anything about this song or it’s meaning. All I know is that I felt a great sadness listening to the song and reading the lyrics. I think as a person I always find stories about a life that is coming to an end sad. I find the reflection on what has gone before a scary and upsetting thought and that is what I get from this track.

The final verse is found difficult to listen to more than a couple of times as the word “tapestry” in this sense is about an entire life and it would seem that death has some to take our character back.

The final song is “(You Make Me Feel) Like a Natural Woman”. The more famous recording of this track is by Aretha Franklin but this certainly Carole King’s song.

Co written in 1967 the song seems a little bit like filler to me and King would have surely been better to have put a fresher track on the album as it is always going to be compared to the Aretha Franklin version which is far superior in vocal and production.

But obviously this is King’s song and she can do as she pleases!

In closing, Tapestry is a fine album and there are some wonderfully exquisite songs to enjoy. It may have come out in 1971 but it sounds as good as it ever did here in 2016.