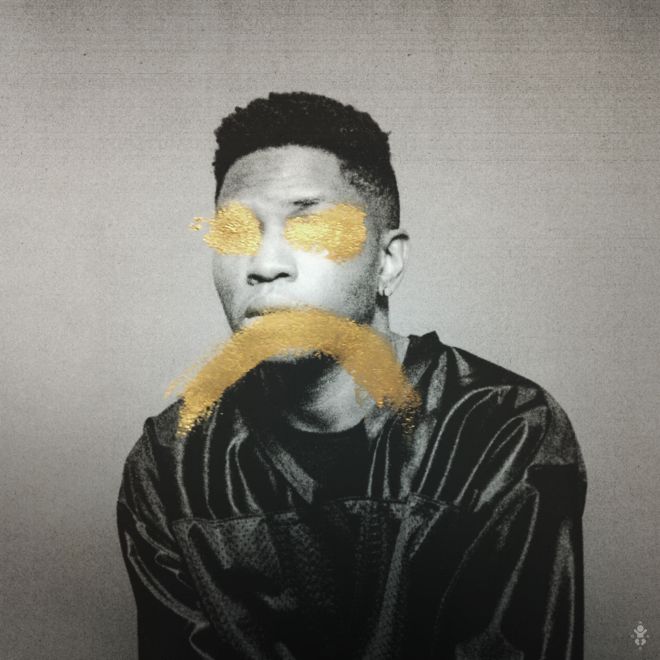 Posted on November 3, 2016 by Xtal Posted in Uncategorized

Gallant came to my attention off the back of the track “Bourbon” (which is featured on this set) but it took me some time to actually listen closer to the artist to find out what he was all about.

I have been pleasantly surprised to the point that this album is one of my favourties released in 2016. It always warms the heart to know that there is still great music out there and still R&B music which hasn’t been produced to death in an attempt to generate a radio hit above all else.

Gallant has a vocal range that will even have the likes of Maxwell taking a step back. It is easy to draw comparisons of his vocal as there are bits of Maxwell, Marvin Gaye, Usher and I have even been told he sounds a bit like Sam Smith (can’t actually hear that myself).

Exploring the themes of love and life “Ology” is a rich album full of hooks and laden with gospel like backing vocals which give the album a church like atmosphere.

It all begins with the track “First” which is an instrumental that as just noted sounds as if we are building up to some sort of church like ritual.

“Talking To Myself” is the first full length track which sounds quite run of the mill compared to many of the tracks on here. On this song he is contemplating if he is going crazy and wondering if this will carry through his entire life. Themes of loneliness and self criticism are evident also. It’s a good opening track and he showcases some of his vocal range.

“Shotgun” is what I would consider his most ‘Usher’ sounding song in terms of the way he uses his vocal but lyrically Gallant impresses again with an introspective look at how he comes across in his life. The metaphor used is ‘what good is a sword next to a shotgun” in which he is the sword but others have shotguns and whilst he may come across nice he is vulnerable and not in a position to be like other people. Self confidence appears to be an issue for Gallant.

“Bourbon” is the 4th track and by far my favourite song on the album. A stunning song and one of my favourite tracks from the last few years.

Musically the synth drums and backing vocals are dreamy. Gallant draws you in with his lyrics that are just poetry. Even if you are not following the lyrics the melody will have you hooked because this is one of the most atmospheric R&B/Soul songs I have personally heard- and I’ve heard a lot.

Gallant speaks about addiction, faith and again the self doubt which seems to creep into so many of his songs. His confident sounding voice is out of sync with the questioning of his position in the world. He isn’t talking about race but simply how he feels inside.

“Bone + Tissue” sees further delving into life and religion. Gallant is looking for answers on this track but is seeking something more in his life. He wants to be ‘sold something more to catapult his value’ which I think is a fantastic line which really makes me think.

As for the song musically it is not as interesting in it’s instrumentation which can at times sound a little messy but melodically it is still engaging and another solid track.

“Oh Universe” is just 01:02 long. It is an piano driven ballad which has very few lyrics but in those few lyrics Gallant talks about struggling through life wishing for something else, something better but ultimately carrying on with what life has thrown up.

Track 7 is “Weight In Gold”. This is a stunningly gorgeous song. It is probably the most simplistic in the melodic structure of the track but Gallant shows just how good he is a singer as he brings out all the tricks to his vocal prowess.

Lyrically Gallant is being honest about how he feels and that life is getting to be hard with so much on his shoulders. He feels he is doing as much as he can but he cannot do this all on his own.

Its a wonderful track and one of the best on the album.

“Episode” is another brilliant song. A bit more upbeat than anything we have heard up until this point. There are many influences evident on this track, none more so than Prince whose influence musically and at times vocally is obvious.

I personally find this track divine. It’s got a bit of funkiness flowing through it as Gallant talks about relationship problems he is having. Despite the argument he needs to have he questions whether it is all worth it and if it is worth the ‘episode’.

“Miyazaki” is a bit of a departure from the more soulful sounds of the production with a Hip Hop beat giving this song a different feel. But it’s most welcome and Gallant sounds extremely comfortable on this smooth track.

Gallant is repenting for an indiscretion and is asking not just for forgiveness but the chance to move forward.

“Counting” sounds a little more accessible to a more softer pop R&B fan. It’s still engaging lyrically as Gallant talks about a relationship he is in and requiring the other person to be the one who can lift him out of the hole he has found himself in with addiction.

“Percogesic” is mesmerizing. The comparisons to Maxwell are going to be rife and it is easy to see why as it has all the hallmarks. This is music to my ears and the beat and smooth whispery vocals create a bit of a hidden gem from this debut.

The 12th track is “Jupiter”. The song is about a relationship that clearly he believes has much potential but he has waited too long for it to really get going. The song is full of anguished passion with s big guitar climax with some superb vocals.

“Open Up” again delves into the deeper meanings in relationships as Gallant tries to make sense of the behaviors between couples in relationships with secrets and lies being a basis for too many relationships. This track is one of the least interesting because many of the themes have been done and melodically it is not as engaging.

But “Skipping Stones” (feat Jhene Aiko) is one of the most engaging on the entire project. Jhene Aiko is a female singer who takes over on the second verse. It is a simple but powerful soulful number where Gallant uses the different ranges of his voice to provide a layered production.

The song seems to be about the lack of control either have in their relationship with both believing that they are waiting on the other to provide something more which is out of their control. Overall this is just a fabulous track.

“Chandra” is the last full track on the album. Sadly it’s also the weakest. It’s a ballad with a piano playing and dramatic strings in the background. Frankly I just find it a little boring with the lyrics drifting away and his vocal not nearly as interesting as we have heard already.

31 seconds is left on the album after “Chandra” and the track goes down as “Last”. It is really just a static sound which ends with a phone vibrating. Unlikely to stick in the head.

So in summary this debut album from Gallant is fantastic. I could not have imagined that I would have enjoyed it this much but I urge you to give it a listen as Gallant shows you what R&B should be when we hear it in 2016.