Posted on September 7, 2017 by Xtal Posted in Uncategorized

“The Kick Inside” is the debut album from English singer / songwriter Kate Bush and catapulted her to enormous fame where she would go on to be one of the most respected artists of all time.

Kate Bush as always had an aura about her. Like David Bowie she seemed to be able to transcend the normal life of a ‘pop’ star and enjoy a career where she would make every decision for herself and only release what she wanted.

If you haven’t really listened closely to Kate Bush I am sure you would use a word like “weird’ so describe her music given that the high pitch wail and strange lyrical content will send you in that direction. But it doesn’t take long to find another way to delve into her music and I recommend you simply put on some good quality headphones, sit in a room with no distractions and listen to the mesmerizing sounds of Kate Bush.

Bush is able to create such glorious atmosphere within her music and this is displayed straight away on the opening track “Moving”. The sounds of a whale can be heard in the first few seconds of the track (because why not?) before some beautiful piano chords kick in.

The song is a tribute to her mime instructor Lindsey Kemp. The lyrics show a deep appreciation and admiration for Kemp and sound so very beautiful.

I love the dramatic use of the piano and the melody that Bush connects with in a quite stunning way. This is a such a stunning opener to the album and immediately had me hooked on an album that I went in to with a little skepticism and concern that it would just be too out there for me to get but there is no issue with a song such as this.

What I love about “Moving” is that the sound coming from her voice ensures that even without understanding the lyrics the sound is just beautiful.

“The Saxophone Song” carries on that theme. The first 37 seconds are a Picasso of musical sound. The beauty carried in this vocal from Bush captures me every time I hear it and when reviewing this album I kept coming back to this song as it encapsulates an atmosphere that only Kate Bush can create.

Lyrically the song does it what it says on the tin and is about her love for the Saxophone and the hook of the song is a big and bold saxophone solo.

The vocal style of Kate Bush at times sounds quite child like and because of this there is a rawness and honesty to the way she puts things across which I feel is shown on this fantastic song.

“Strange Phenomena” doesn’t have the same bite as the previous two tracks with a very operatic style to the initial vocal on this song being displayed.

Lyrically Bush is talking about the world of coincidence and chance that befalls us in life. The lyrics to me seem too simple to talk about such a subject and melodically the song falls short in keeping my attention.

The 4th track “Kite” certainly does keep my attention in what is the most fun song on the album. The reggae instrumentation is a surprise and stark departure from what we have heard so far or really what we expect of Kate Bush.

“The Man With The Child In His Eyes” is one of two songs I was aware of on this album and is an outstanding song.

It is a simple piano ballad that Bush takes to another level with her lyrics and vocal delivery. The song appears to be about how she views older men and how they are essentially all children at heart. The vocal performance creates an atmosphere of emptiness and fear especially in those first few 15 seconds.

There is something about this song that like “Moving” and “The Saxophone Song” that hooks me and I can’t escape being drawn in.

The big song on this debut album is of course “Wuthering Heights”. An international hit and probably the most universally known Kate Bush song this is the track that made her a star.

The song is based on the Emily Bronte book of the same name. I studied this book at A-Level so this song often cropped up as a way to interrupt the feelings of the character Catherine. Kate Bush puts in one of the most stunning performances on a pop song of all time (seriously, what has been better?) with her dramatic almost banshee-like delivery.

I feel the instrumentation on this track is overlooked but it should be pointed out that this is a fantastically produced song.

A rockier edge is found on “James and the cold gun” and it is a nice departure from what we have heard so far as Bush shows her ability to use her vocal over all different tempos and styles. I feel she struggles on the chorus a little to get the lyrics across with the guitar being a little to loud which drowns her out.

“Feel It” is a fascinating track as it sees Bush tell the story of meeting a man and going back to his place and reveling in the feelings of lust and love. This song is graphic in it’s telling of the story but not to the point that the listener is uncomfortable. The first verse reads like a piece of poetry but make no mistake this track is about a sexual encounter and Kate Bush is not afraid to tell you every feeling she is going through during this moment. Stunning song.

With the 9th track “Oh To Be In Love” I struggle to really engage with it melodically and find the song sounds dated even for the time of release. The song to me never breaks out of this almost medieval type of anthem which is celebrating love but never connects ith me.

“L’Amour Looks Something LIke You” is a pretty song but sounds far too similar to the first few tracks and it almost feels like an amalgamation of some of the song which had me singing the chorus to “Strange Phenomena” for a moment.

“The Heavy People” starts with Bush showing off that animated jumpy vocal that gives her songs so much character. This is probably most “pop” orientated song on the album with a catchy chorus as a tempo to nod your head to.

The theme of religion is touched upon by Bush with dance being a powerful tool to unleash powers. Sounds weird? Well it is and it is a strange song which gets a bit tiring after a couple of minutes.

Track 11 is the penultimate song and is an improvement on the previous three songs.

“Room For The Life” is a song about women and the empowerment of women throughout the world. It remarks about women being constantly able to bounce back from adversity and that the obstacles in their way are just something to go around and not crash into.

The final track is the title track and is one of the best on the entire set.

“The Kick Inside” is an engaging track where Bush sounds exquisite in her vocal delivery in a tale inspired by an old Scottish song seems to be telling a tale about love (as most stories do) but the lyrics seem to show a more tragic love story where loss and death are prevalent.

Overall this is a really strong album and despite being an artists that I would not normally listen to I am happy to have been able to give this album a listen and find out what the fuss is about with Kate Bush.

This is her debut album and there will be progressions in her music as the years go on but what I love about debut albums is that rawness that reveals where the artist is at the time and what they hope to get across to the listener.

Kate Bush clearly as so many themes running through her mind at this point of her career and some of the songs on here are a thing of beauty. 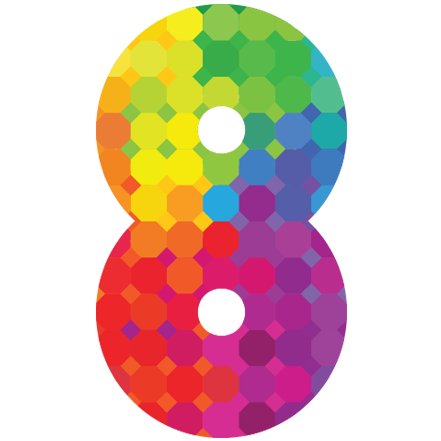