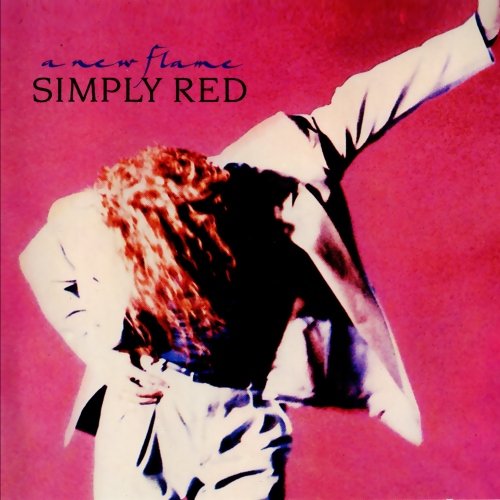 Posted on September 8, 2017 by Xtal Posted in Uncategorized

British Pop/Soul band released their 3rd album in 1989 which gave the band further success although not to the degree that they would enjoy with the following album in 1991 “Stars” but it is clear that with “A New Flame” the foundations were being set for success on a stratospheric level.

Simply Red had got themselves into a bit of a bind at this stage of their career with most of the big hits from all three initial albums being covers which had Mick Hucknall conscious of his reputation and that is really what led to “Stars” in 1991.

But I think the self criticism was perhaps overly harsh because whilst I get that the view could be that Simply Red were just a covers band I believe there is enough on this album to make the case for some good quality original material, especially on the title track. 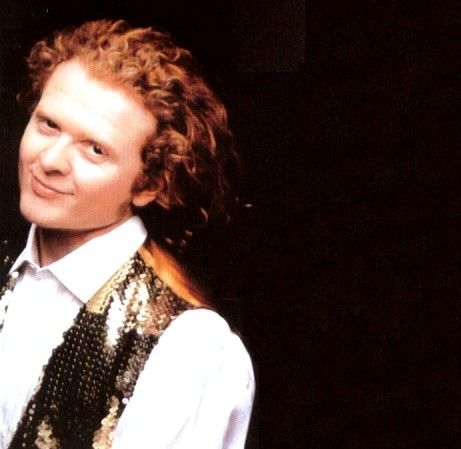 It is a cover which starts the album off as Hucknall takes on the Barry White song “It’s Only Love”. I think this is a superb cover and one of the best cover versions I have heard which is saying a lot as there are so many out there.

The instrumentation on this track is so slick and clear that just as an instrumental it would be pleasant to listen to. Hucknall sounds extremely comfortable taking on a song by such a distinctive vocalist in Barry White. Whilst Hucknall’s voice is evidently very different he retains the soul in his delivery and the song remains a smooth and sultry number.

“A New Flame” is the second track and whilst I think the production lacks a certain fullness that would give the song a little bit more and edge this track is still a winner with it’s catchy hooks and radio friendly sounds.

Hucknall works with the legendary songwriter Lamont Dozier on the song “You’ve Got It” which is a really nice track. Again if you’re looking for edge or a rockier flavour to your music you are going to be left wanting with this song and in honesty this entire album.

This is a middle of the road project but one that is there to showcase some good musicianship, catchy melodies and a display of a really fine singer in Mick Hucknall.

“You’ve Got It” sees Hucknall show some excellent vocal range Hucknall has in his locker.

The slushy part of me loves this track. It rides along in such a care free head in the sky way. It’s almost as if it’s taken portions of every love song ever made and just thrown them all at you. The last 90 seconds of the song are just a vocal masterclass of a man who vocally was at the peak of his powers. I can’t hate this song, its just too damn nice.

“To Be With You” brings a more disco edge to proceedings though I feel it lacks the depth to really give it the funk edge it seems to be searching for. Hucknall lyrically like most of his songs is talking about love and relationships. This song is direct in the chorus where he is telling this female exactly what he wants to do with her. It’s all a bit album filler.

“More” sees Hucknall go into a reggae mode which we see again on the following album on what I described as the worst track on there. I am not suggesting white people can’t do reggae music but there is something so out of place when Hucknall tries to do some sexy soulful reggae. I hate the chorus on this song and when Hucknall strains to sing (or shout) on the line “of my love” it really is unpleasant to my ears.

Dozier returns to co-write the next track “Turn It Up”. This tracks captures what “To Be With You” perhaps tried to do with a funkier edge that this time comes across more genuine and not as try hard.

The track is largely sung in unison with a backing singer which adds an enjoyable layer of contrasting tones which sound good and works well.

The 7th song “Love Lays It Tune” is probably a song where Hucknall is most at home on as a vocalist. Another love song, another effortless performance although it’s all very safe but Simply Red had a corner of the market in 1989 and this is the type of track that would sit nicely with those fans as they look for something similar to “Holding Back The Years”.

“She’ll Have To Go” suffers from it’s time of release as 1989 was a a moment where the sound of the 80’s was about to transition to a very different 1990’s musical experience yet this song is really stuck in that 1980’s period and sounds pretty damn awful. The bass and the sound of the guitar just don’t work and this is such an oddity on an album which in fairness on the whole production wise sounds very slick.

The penultimate track on the set is the album’s biggest hit (a number one in America) “If You Don’t Know Me By Now” which is a cover of the wonderful track by Harold Melvin & The Bluenotes. Now I love the original so I am always going to have a problem with Hucknall’s version which strips out many of the instruments and brings it down to a basic level.

As I have pointed out I think Mick Hucknall is a great singer but I feel this song was so indulgent and a clear attempt to force his way into a area of music that he no doubt loves but should respect and not try to copy. Obviously it worked and Hucknall enjoyed a lot of success but unlike the cover of “It’s Only Love” there is no attempt to make this song different other than streamlining the production.

Mind you this still isn’t as terrible as his cover of “You Make Me Feel Brand New” which we get on Simply Red’s “Home” album in 2003.

The final track on “A New Flame” is “Enough” and this is a much better track. One of the strongest on the album in my opinion where Hucknall puts in an understate performance but the production really works and it has some soulful funk driving through it’s core. The chorus is a very familiar Simply Red sound and this is carried through on the next album.

I don’t dislike Simply Red but I can understand those who do as the music is often so slick and smooth it lacks a edge which could be created by a great guitar or piano solo. Even when we do get these instruments it all sounds too far towards the Jazz side of my musical tastes without really going the full hog into this musical style.

Sometimes Hucknall will hit a note or add a rasp to his voice that I think is out of this world and as mentioned earlier this album just proved to be the musical bedding required for “Stars”.