There is a part of me that has a bit of affinity to the music of Justin Timberlake as his debut album Justified was released at the time I was exploring music more and going out to clubs where many of the singles off that project were prominent.

Timberlake had come from boy band N*Sync and was immediately dismissed by many. I can recall trying to get my Dad and Brother to listen to the album when they had scoffed at the thought. Today in 2018 songs from that album are R&B/Pop standards.

2018 has seen Justin Timberlake return with his 5th album and whilst I knew things seemed a little off with the singles that had been put out prior to it’s release I didn’t fully grasp the complete lack of cohesion that I would be in for when listening to it.

I have played this album solidly for a week but that isn’t because I think it’s good but it’s more that I can’t believe something from an artist I admire could be this all over the place.

The first track “Filthy” sums up a lot of the album where it just doesn’t know what it wants to be and the finish comes across as messy. The beginning of the track sounds as if we are about to get this massive stadium anthem but then it breaks down into this dirty electronic beat. Trouble is the track goes nowhere and stays at this point for over 4 minutes.

Perhaps there was an attempt at creating the same sort of dirty beat sound as “Sexy Back” from his second album but that track was ahead of it’s time and this song is just not.

“Midnight Summer Jam” has it’s issue with it’s messy opening but then it does get itself together for what is one of the more enjoyable songs on the track. Produced by the Neptunes this track does capture the trademark sound of what Pharrell Williams and Chad Hugo have done in the past.

The song talks about his youth in Tennessee growing up and going to parties. Lyrically it is a bit anemic but at least you can listen to this song with ease because on “Sauce” it is difficult to get through the entire thing given just how boring this song is. To me this his attempt at a bad Prince tribute but it doesn’t come across as a tribute and more like a parody. A horrible electro funk mess.

The title track “Man Of The Woods” is the song that makes me the most angry. He obviously had this theme of being a man of the woods and getting back to his southern roots for this album but if this is what he was trying to achieve then you have to wonder if Justin Timberlake has just reached a end to any creative edge to his music.

The arrangement, the lack of change up in instrumentation and the same bass, keyboard and guitar rift is just grating. Lyrically it’s thin and this song is the worst thing I have ever heard Justin Timberlake take part in. It’s worse than “Dirty Pop”.

“Higher and Higher” is a snooze fest. Cliched lyrics about how success is great but you’re more special than money blah blah. Melodically this is just so uninteresting and his falsetto vocal makes me just wanna throw something at the speaker. Boring.

“Wave” is better. The Neptune’s create a more compelling tune and this at least makes your head bop a little. It’s fun without being the wrong side of cheesy. The bass is played by the ever excellent Rapheal Saddiq and gives the song a smoothness that makes it just a bit cooler than some of the other songs.

Track 7 is “Supplies”. I don’t bop my head to this I just shake my head at how shit it actually is. Dated and uninteresting with Timberlake’s vocal being so over produced that it doesn’t really sound like him.

Lyrically is where the song really falls down because it seems that JT is talking about a dystopian future where the world has gone to shit but he is telling this girl that he can put her up at his as he has “Supplies”. Yes that is the story of this song.

“Morning Light” again features this sub bass that has been used on just about every track on this album. It is so overused that I get the feeling that the sub bass was there before the track was constructed and this entire album was just songs made around some cheesy sounding sub bass.

I like some of the harmonies on this track with Timberlake sounding more soulful and he is joined by Alicia Keys which will always make a track better. Lyrically this song offers nothing but the standard fair of a love song but it is a much more listenable track.

“Say Something” sees Timberlake joined by American Country music singer songwriter Chris Stapleton. This song is what I think Timberlake wanted to create on this entire project. This was the country/folk sound with a modern twist he was aiming for.

And this works. This is one of two really good songs on this messy affair. The melody on this song is downbeat and introspective. It captures you instantly and both Justin and Stapleton deliver superb vocal performances.

This is a really good song and in a way it makes things worse because there might well have been something in this idea after all.

After a interlude from Justin’s wife Jessica Biel called “Hers” which has her talking over a piano instrumental about wearing his shirt and how it is like armor (vomit) we go into the song “Flannel.”

I sat and listened to this song 3 times in a row to find something I like about it. Maybe it isn’t a bad song and it is just that Justin Timberlake is doing it and I expect more but I can’t get away from my brain telling me that this is a load of shit. He knows how to make great slow jams like “Until the end of time” but this is just so uninspiring it hurts.

JT then pulls a wonderful song out of the back with “Montana”. This song is a fuck you to me when I doubt that he has lost it. This is the best song he has done since 2006. The atmosphere created with the production, the lyrics and the vocal performance are exactly what I expect him to produce. It’s only February but if this doesn’t make my top 10 songs of 2018 then it will have been a great year for music.

The instrumental on the next song “Breeze Off The Pond” is enjoyable and has that mid tempo funk thing which I often enjoy. Lyrically though it’s a bit like he is just looking out at a pond and writing a song in the most arbitrary way. It’s a shame as the song is quite good but the lyrics are a bit silly.

“Livin’ Off The Land” is one of those titles that I looked at and just hoped it wouldn’t be a basic lyrically as it suggested but sadly it is. “Saint or sinner, the loser can be a winner with a plan, when you’re living off the land”.

The penultimate track is “The Hard Stuff”. This like “Say Something” is what I think he wanted to create with this idea of going back to his roots. This song works and I have no gripes with this. The use of the steel guitar is something I thought I would have heard more of in an album that was looking to capture a southern country feel. It’s an instrument I have always enjoyed hearing.

The final track off “Man Of The Woods” is “Young Man” which sees Timberlake address his infant child. The sentiment is genuine but as a listener I just find it all a bit redundant. He is telling his child how he should be when he grows up. Let’s hope this kid lives up to the expectations set out by his father as he may listen back to this when he grows up and feel like a right old failure.

“Man Of The Woods” is without a doubt the worst album Justin Timberlake has released and I would love to debate this with someone who takes a counter view because I cannot see how anyone could see this as anything other than a decline.

“Montana” is a fantastic song and I give him a lot of praise for this but seriously Justin what have you released here? I felt sad listening to it and it could be that there is nothing more he can offer us as any conflict in his life is over. He has a beautiful wife, a family, he has grown up and had a great career. It therefore cannot be much of a surprise that his biggest hit of the last decade was for a kids move (Can’t Stop The Feeling).

After a week of listening to this hot mess I never want to hear it again. 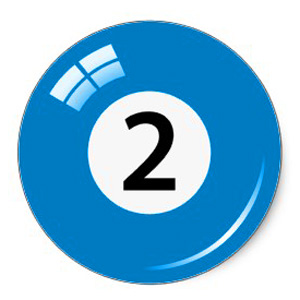