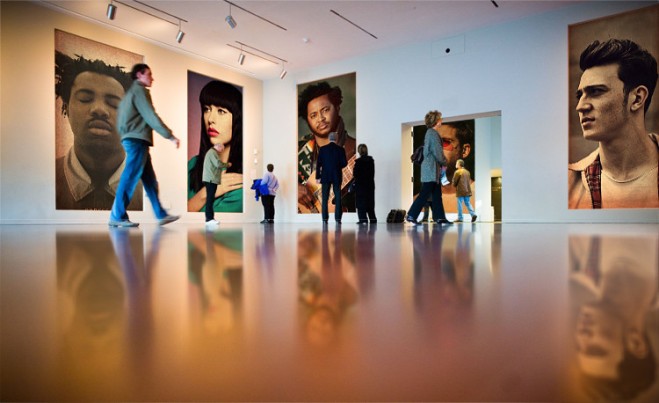 As a soul/funk/house/R&B fan the music will always lean more towards that but as always there are a few different ones in there too.

Here is a look at the last couple of years:

There were of course a number of songs that didn’t make the top 10 that were close to doing so and I feel a little guilty about some of them so here are my notable mentions:

Jessie Ware – Midnight
Declan McKenna – Brazil (which was first released in 2015 but re-released this year with a new video so that’s why I didn’t include it)
Oh Wonder – Heavy
Cosmo Pyke – Chronic Sunshine
Jay Z – 4:44

This was the most questionable track to put in as it only came out a few weeks ago. I’ve taken a punt with it simply because I believe this time next year I will still be playing it and quite frankly I think it is brilliant.

The vocal is strong and soulful with a pounding dance bassline groove driving the song forward.

Thundercat is a brilliant artist and his album “Drunk” was a real treat in 2017. On this smooth soulful track he has managed to get two artists you really wouldn’t have expected to have been on one of his tracks in Kenny Loggins (You remember Footloose!) and the distinctive classic voice of Michael Mcdonald.

This song was one of those I knew from the moment I heard it that it would be in the top 10 somewhere and I think its superb.

This is probably the least accessible song on the list and will be dismissed by many but this one really resonated with me in terms of it’s mood and tone.

Sampha won the mercury music prize in 2017 for his album “Process” and this was one of the best cuts from a album with a collection of some really beautiful songs.

You may remember Kimbra from the massive hit “Somebody I Used To Know” with Gotye a few years a back. I have followed her since that points and this track really showcases her great vocal on a excellent track.

This build of of instrumentation and way the melody really kicks in makes this track memorable and that synth backing gives the song a nice edge.

Every year I tend to put a chart friendly pop hit in my list and 2017 is no exception as the guy who once gave us the lyric “Let’s Marvin Gaye and get it on” makes my top 10.

I first heard this song at work when some of the ‘younger’ people were listening to Kiss100. The start of this track sounds very standard and nondescript but then this pounding bassline kicks in and my senses were immediately alerted.

I tried to get this song out of my head as the year went on but alas I can’t deny I really like it.
5. Blood On Me – Sampha
I’d heard Sampha on the song by Solange “Don’t Touch My Hair” and immediately wanted to seek out more from him. This was the first track I came across and from the moment the beats kick in I was hooked.
This song about fears manifesting themselves in dreams and just all round insecurity is pulled off magnificently by my artist of the year.
4. Too Much Love – Little Cub

Not a band I had heard of before and I found this song on a new music Friday playlist on Spotify earlier in the year.

Little Cub are a sort of Indie/Pop/Electronic band and whilst I am yet to investigate their debut album I absolutely love this song.

The lyrics are engaging and brutally honest despite how crass they may first appear. A weakness of human nature is displayed within.

The instrumentation is intriguing and whilst simply for the majority of the song the dance/club beat that it brings into the hook is what really takes the song somewhere else.

Well worth a listen.

The most popular track from Zak Abel in 2017 was “Unstable” and I thought that was a really strong song but it was the title track from his debut album that really caught me.

In 2015 I had a track called “Unmissable” from Gorgon City as my number 2 and it was Abel who was the vocalist on that one.

I always thought he was destined for big things but as of yet he hasn’t had a big breakout pop hit but nevertheless he has given us a solid debut album with this track hitting all the things I love about soul/house music.

Soul music is represented on my list by one of the best songs melodic tracks I have heard in a long time.

Featuring the vocals of Phonte Coleman and Carmen Rodgers “Shelter” has been on repeat for quite some time. It’s intimate yet sexy in it’s delivery and it’s blend of percussion, synths and electronic accents makes the song impossible for me to skip.

A truly great song.
1. Slide – Calvin Harris (feat Frank Ocean & Migos)
There was part of me that thought I could never have a Calvin Harris track in my top 10 never mind my favourite track of 2017 but this is as un-Calvin Harris as I had ever heard.
Those deadpan vocals from Ocean is what makes the track and the verse from rap group Migos just adds some more bounce to this funky number.
There was a point where I was fighting my urge to put this as my top song as putting a Calvin Harris track as my best song of the year felt like it had no credibility by ultimately when it comes to music it is all subjective and you can only like what you like so don’t let anyone tell you that your music is crap!
So there we have it.
My top 10 songs of the year!