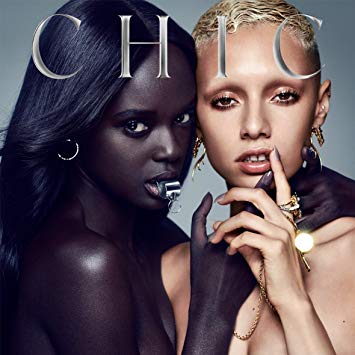 Posted on October 10, 2018 by Xtal Posted in Uncategorized

As the title suggests, this album has been a long time coming with it being the first album released under the Chic moniker since 1992’s “Chic-ism”. Obviously we know that Nile Rodgers has been working constantly since the last time Chic had an outing and I don’t think you need me to tell you just how many artists he has worked with over the last 40 years.

Chic were originally Nile Rodgers and Bernard Edwards but since Bernard passed away in 1996 Nile has concentrated on making music in the studio for other artists and allowing the history of Chic to come alive in the live performances where all the classic hits likes “Le Freak”, “Good Times” and “Everybody Dance” can be heard.

There are many fans of Chic that will dismiss this album and in some respects they are correct to as for me Chic will never be the same without both Nile and Bernard at the helm but the essence of Chic does run through despite it being a little patchy in consistency.

I am a massive fan of Chic and Nile Rodgers. The music Nile has been involved in over the last four decades means a lot to me and I have lost count at the amount of times I have seen Chic live over the past ten years.

This album had been in the pipeline for quite sometime and I thought we were going to get it back in 2015/16 when the single “I’ll Be There” was released. It was a great comeback single and perhaps many thought that the album would run along this track.

But since that single release Rodgers has got to work with lots of artists and new ideas and styles have been included on this 9th Chic album.

I felt many Chic “fans” wanted to dump on this album before they had even heard a song. Some of the reviews I was reading from “disappointed” listeners felt as though they had been written before it had been released and they just couldn’t want to crap all over it.

It is very easy to say that “It doesn’t sound like Chic” but that is such a redundant comment to make. What they mean is that it doesn’t sound as though it from the 1970s. If you are desperate to listen to another C’est Chic (1978) or Risque (1979) then I suggest you put this album down and simply go and listen to those albums and be happy!

For me this is a modern sounding album with odes to the old style Chic. Nile Rodgers never forgets where he has come from and there are some excellent moments on this album, Granted there are a few missteps and whilst I get why some ideas were brought forward the execution doesn’t always work.

The album kicks off with “Till The World Falls” featuring Cosha, Vic Mensa and the ever brilliant Mura Masa. The song was also co written with Anderson Paak who is another artist I think is excellent.

The track kicks off with the trademark Nile Rodgers guitar riff. I would have liked the bass to be a little more prominent in the mixing but overall I think this is a strong track with the programmed drums giving the track a bit of a kick. Most of the instrumentation comes from Mura Masa and Russell Graham (who is the keyboardist for Chic) and the track flows quite well with the verse from Vic Mensa again given it that modern twist.

“Boogie All Night” is one of the most conflicting songs for me personally because I love just about everything about the song the vocalist used on the song is a contentious point in my brain because there is something about the vocal from UK singer NAO that doesn’t sit 100% with me.

Melodically the song is gorgeous. The production is strong and the instrumentation is layered and tick. It’s got a great hook and really makes me want to dance but the voice of NAO is just too high pitched. Another singer would have made this a great song. I have heard NAO on other songs before and her own material and her voice works but this just doesn’t sound all that convincing. Still, it doesn’t totally ruin the song for me and I have had this track on repeat since receiving the album.

“Sober” features Stefflon Don and UK R&B King Craig David. This took quite a while to get used to as I did not expect to hear a New Jack Swing track on a Chic album. This sounds like something out of the Bobby Brown catologue or for a more recent reference Bruno Mars “Finesse”.

Once the change in style settles in the song becomes quite enjoyable and sticks in the head. Again there is a bit of fullness missing from the track with the bassline very lost in the scattering drum beats.

I am always honest in my reviews and no matter how much I love Chic I won’t just say a song is good when it really doesn’t do anything for me and that is exactly how I feel about “Do You Wanna Party”. The basis of a fun party track are there and whilst the instrumentation is pleasant the vocal from rapper Lunchmoney Lewis is just bordering on annoying. This is the man responsible for the irritating “Bills” from 2015. His vocal is auto tuned within an inch of it’s life.

“Dance With Me” features the vocal from Hailee Steinfield. It’s an unremarkable vocal performance but the song is fun and the ode to the old Chic songs about dancing are clearly evident in this track. I wasn’t expecting anything lyrically challenging on the album there was always a deeper meaning to many of the old Chic songs which on a song like this is sadly lacking. Would a stronger singer have made a difference on this song? I am not so sure so I won’t come down on Steinfield too hard. I just think the track is a tad unremarkable.

“I Dance My Dance” breathes life into the album. This is the only track where the singers on the live Chic circuit get a chance to shine. Kimberly Davis and Folami Ankoanda-Thompson provide the vocals on one of the most enjoyable tracks on the project. The chord progression sounds very similar to “Get Lucky” which Rodgers worked on with Daft Punk but similarities aide this song is so damn groovy it’s difficult to sit still when listening.

Nile Rodgers always seemed to enjoy an instrumental on his albums and this is no exception as the 7th track “State Of Mind (it’s about time)” is the example on this project.

Rodgers works with French jazz musician Philippe Saisse on this track which I find smooth, funky yet engaging throughout. Maybe you could argue it sounds a little out of place on this album but it doesn’t sound out of place on a Chic album at all and this is the type of thing that surely older fans of Chic will enjoy.

“Queen” features the vocals of Elton John and Emeli Sande. If you had not told me who were singers were I would have never been able to tell you who they were.

Whilst I understand the personal sentiment displayed on this track it just isn’t for me. I find the whole thing way to saccharine for my liking and the merging of the two voices sound odd to me. The riff from Rodgers whilst simple is pleasant but overall the song sound a little skeletal and lacking any sort of funk or soul that I would expect from a Chic song.

The final track on the album is a reworking of my favourite Chic song “I Want Your Love” with Lady Gaga on vocals. Does this add anything to the original? Not at all but I don’t totally dislike it. I think Gaga sings the first verse superbly and whilst not a patch on the original I think this just displays just how good a song “I Want Your Love” is and always will be.

This version doesn’t “ruin” the song and again whilst I don’t think there is anything spectacular about it the fact that an artist like Lady Gaga is wanting to sing such an iconic Chic song says more about how the music Nile and Bernard created has transcended the ages.

There is actually one song after this but it is just a remix of “Sober” which doesn’t really change things up enough for me to discuss.

Like anything in life things always come down to expectation and I just didn’t expect anything other than what we got on “It’s About Time”. It’s a solid album with a few excellent tracks, some I don’t care for and some I believe just don’t work. But music is of course subjective and we all have our opinions but I have nothing but love for Chic and Nile Rodgers.

This album is a modern twist on the ethos of Chic and I still believe this is very much a Chic album because Nile Rodgers is all about Chic in everything he does with his live performances and other artists. The Chic organisation lives on and this is a nice little addition to that legacy. 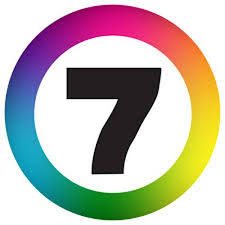