Chic were pioneers of the Disco sounds throughout the 1970s with Nile Rogers going on to produce albums for David Bowie, Madonna and Diana Ross.

“C’est Chic” is the bands second album and was released whilst Disco was in full swing. To define this as a Disco album is doing it a massive disservice because when people mention Disco music they think of cheesy songs your parents were dancing to in the 70’s wearing flares and having massive hair.

Whilst “C’est Chic” does contain one of the most notable Disco sounding songs of all time the album is so much more than that. It is a lesson is guitar playing, in the relationship between guitar and bass. The production is as good as anything you will hear on any album.

“Chic Cheer” begins the set and you are more than likely going to be familiar with the guitar rift as it has been sampled a number of times by artists such as Faith Evans and Fatman Scoop.

After the success of their self titled debut this track is about them riding on that wave. The song begins as if it is at a live performance with the singers asking the crowd to spell out the name CHIC.

The most recognizable song on the album is of course “Le Freak” which is probably the most popular Chic song of all time. This track is a funk frenzy which became Atlantic Records best ever selling single until 1990 when it was overtaken by “Vogue” from American artist Madonna.

“Le Freak” celebrates the disco era, the atmosphere and the vibe that was around at the time. It is a positive message with the action of Dance being seen as a way to get away from all the pressure in everyday life.

“Savior Faire” comes away from the uptempo “Le Freak” with a quite beautiful instrumental where the guitar playing from Rogers is anything but a cheesy disco rift. It’s considered, atmospherics and the whole track is sonically exquisite.

There is more a pop sound on “Happy Man” and it’s such a fun track. I say fun because that is what I mean. It’s uplifting in it’s tune and it’s lyrics. There is so much positive feeling in the song and it is clearly Rogers being delighted with the success that Chic have already have. This track is a celebration of life and it is wonderfully produced.

But production doesn’t get much better than on the next track which for me is the best piece of music Chic ever constructed.

“I Want Your Love” is the perfect song. The 6 minute 55 second version is the only way to listen to this song. The production is stunning and the whole song is constructed in the most wonderful way.

The lyrics are not as throwaway as you may first think with the verses being quite desperate at times as the protagonist lays their heart completely on the line.

Once the two verses end the song take a turn on 2m50s and goes from being a good pop track to a mesmerizing musical dream. When the song gives way to the horns and the strings it is a quite stunning piece of music.

I love the way the song keeps going. It is relentless and having seen Chic do this song live I can confirm that it sounds just as good as on the studio recording.

The tempo is again dropped with “At Last I’m Free”. I love the smooth bassline Edwards is playing through the track. It’s a subtle sound and not pounding like many of his basslines are. The song is about being in love with someone but know that it is not going to go anywhere and now being free.

“Sometimes You Win” is similar to “Happy Man” in it’s attempt to simply be a feel good anthem. It does the job but isn’t as creative or interesting as “Happy Man”. You could argue that this is perhaps the most ‘filler’ sounding track on the set with too many familiar tricks used rhythmically.

“(Funny) Bone” is the album’s closer and its a fantastic funky party anthem. This is a head moving, foot tapping, hand clapping peice of uplifting funk. It’s the second instrumental on the album and it’s excellent.

“C’est Chic” has all the elements of Jazz/Funk/Soul music that you want. There might not be raw moments and it is perhaps at times too clean sounding but this was no mistake from Rogers and Bernard who have created an the album they wanted.

Too often you listen to albums and think “I bet they didn’t even want to include that on here” but with this you know every decision was meticulously taken. There are slow down quiet storm tracks, there are party tunes you cannot help but dance to, there are great hooks, great melodies – It is a fantastic piece of music.

And it’s not even the best album from Chic. 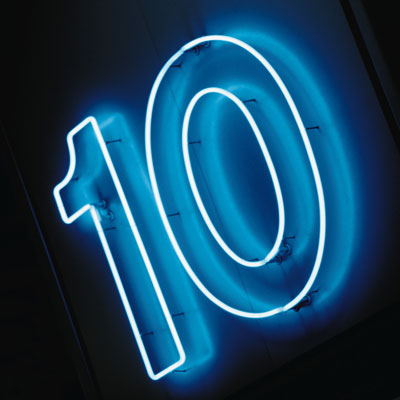