There was always a real intent on the part of Lady Gaga to not be like other artists and it was so evident that she at times could come across disingenuous and an artist who would piggy back on a trend instead of fully encompassing it.

My issue with Gaga has always been her ignorance to who is buying her music where we have a female pop star bucket of Rihanna, Katy Perry and Taylor Swift. It is likely that fans of one will be fans of the other.

I believe vocally Gaga is the best out of the lot but it is her style and fashion sense which often overrides any musical ability which she does have in abundance.

Having taken over the world with her release prior to this “Born This Way” it would be her 3rd album “Artpop” that would see her take as step too far and alienate a large percentage of her album buying public. To put into context, over 6 million copies of “Born This Way” were sold compared to 2.3m copies of “ARTPOP”.

I actually don’t think the general public were ready for this album. In retrospect, five years after its release the singles charts are full of electronic pop music with the production sounding very similar to what we hear on here. I do believe it was a case of right album, wrong time.

I believe this is a very strong album full of catchy pop hits with a directness lyrically that can sometimes be so in your face you could be embarrassed listening to it but it is because of that honest and brash outlook that I think makes the album what it is.

The album kicks off with “Aura”. This is this weird EDM Mariachi track which already sounds like nothing we heard on “Born This Way” (not even ‘Judas”) but after the first quarter of the song it breaks down into a more familiar sounding vocal.

For me it’s around the 02:25m mark where the production really kicks in. There is a lot going on in the track and it can be a bit overwhelming to listen to as I found on my first delve into it.

On the face of it “Aura” is a bit of a weird track but it has so many elements to it that after a few listens it all fits into place and I think it is an exciting song which really develops the feeling Gaga wanted to created on this project.

“Venus” made me laugh on first listen. I don’t know if the song is meant to be funny but to me I couldn’t help but wonder what I am listening to. But after the first 45 seconds it evens itself out and becomes one of the best songs on the album.

It’s big, ambitious and anthemic. The best part about the song must be her vocal delivery which is engaging and flawless throughout. The lyrics are nonsense but it doesn’t matter because if you are not hooked on this song after a few listens then you have no pop sensibility at all!

“G.U.Y” sounds as if it could have fit onto Gaga’s debut album “The Fame” with it’s composition being quite similar to some of the tracks on there. I love the production on this track and it doesn’t sound as messy as some of the others. The hook is a little thin and the melody isn’t particularly exciting.

It’s a very Gaga sounding structure and you almost feel as if you’ve heard it before.

My favourite song off “ARTPOP” is the 4th track “Sexx Dreams”. I think this is an utterly brilliant track and the pay off when you get to the chorus is a piece of pop heaven.

I love the instrumentation on this track and just on it’s own it would be a great listen. This track for me is infectious and certainly made listening to “ARTPOP” worth it as I was able to take away this funky electro piece of pop delight.

A big misstep is “Jewels N’ Drugs” featuring T.I, Too $hort and Twista. This is out of place on this album and sounded dated even for 2013. Why she thought this was a good idea is beyond me and whilst I have heard some terrible songs by Lady Gaga, this one takes the award.

“MANiCURE” is loud, busy and a little weak lyrically. But it is fun and has that anthem feel that Gaga brings to a lot of her music. It’s a danceable number and not all bad.

But things do take a turn for the better with the gem “Do What U Want” featuring R Kelly.

Obviously, things to do with R Kelly are now very murky and as I type this review there is a television series called “Surviving R Kelly” which has the accounts of many women who are alleging sexual abuse at the R&B singer. This calls into question the morality of listening to his music and as a fan it has been quite difficult to resolve the matter in my head, but I realise that listening to his music is now enabling him to continue doing what he is doing.

On this album it is a real shame as I love this track. The production, the melody and the delivery from both Gaga and R Kelly.

The title track “Artpop” is less ferocious as the other tracks up to this point with Gaga delivering an understated vocal performance. With all the tracks being largely memorable this is a bit of a low key affair.

“Swine” is an extremely aggressive track in both production and vocal delivery. It’s a big EDM song that talks about people who dehumanize others and is full of fury and rage. This is what I refer to as a quintessential Lady Gaga song. It’s big, loud and brash. It is unapologetic and she nails her delivery.

The 10th track “Donatella” doesn’t hit the mark for me and is probably the most throwaway track on the project as Gaga talks about how great she is and how much of a bitch she is. Of course this can be attributed to being a song about confidence and self fulfillment but I find it all a little bit hollow and not really in the nature of how I believe Lady Gaga really conducts herself.

“Fashion” starts with a lone piano then hits into this funky bass heavy tune which sounds fantastic. This is without a doubt the most underrated song on the album and is every bit as good as some of the big hitters that you heard throughout the track. I really like this one and was surprised to see it was produced by David Guetta and will.I.am.

It has a very French EDM sound to it’s instrumentation with Daft Park sounding electric guitars mixed through.

As we come to the latter stages of the album we get a less exciting track such as “Mary Jane Holland” which was inspired by a time Gaga was in Amsterdam and was not recognized in the streets and when asked her name she said it was ‘Mary Jane’. Essentially it is an alter ego for Gaga if she partakes in getting high.

Musically it doesn’t have the impact that many of the other tracks do but it is pleasant enough but seems like an off cut of the ideas already displayed.

“Dope” is the only ballad on “Artpop”. As someone who listened to the following album “Joanne” before “Artpop” this sounds a lot more familiar to me as “Joanne” has a number of ballads throughout it.

It’s a song about needing someone more than dope. Lyrically it is weak and the song drags on to make it feel a lot longer than it actually will. A misstep.

Another less than great moment is “Gypsy” which starts off well and sounds as if we are going to get another ballad but it turns into a EDM pop banger that soon grates on me especially when she keeps saying the word “Gypsy” again and again. It’s the only song on the album I would consider ‘annoying’ even if I think it’s not as bad as “Jewels N’ Drugs”.

The final song on “Artpop” is the lead single “Applause”. I can remember when this song was released as the video was a talking point as it was as weird and contentious as anything Gaga had done up until that point.

In hindsight it was the wrong song to release as a single and if this decision had not been made who knows how the world would have taken to Artpop.

It is the only track on the album that’s sounds a little dated even though there are so many tracks laden in retro sounds but there is something about this song that just sounds a little off.

That’s not to say that it doesn’t make me tap my feet and want to dance as the song hits all the markers required for catchy pop EDM enormity.

I went into this album convinced I wouldn’t like it yet after playing it through a few times I can conclude that I think Artpop is a really strong album and by far the best work I have heard from Lady Gaga. Of course there are a few tracks I don’t really care for but songs like “Sexxx Dreams” and “Do What You Want” will live long with me after this review and are songs I would happily play anytime.

When people mention Lady Gaga they will go through the tracks they like but I do not believe a general music listener will point to songs off Artpop and instead look back at “Poker Face” or “Bad Romance” which is a real shame as there are some pieces of Dance Pop genius on here.

How was this slept on? 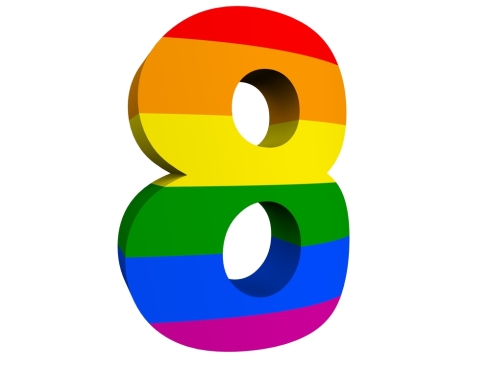