Posted on March 27, 2017 by Xtal Posted in Uncategorized

Jamiroquai returned with their 6th studio album in 2005 with “Dynamite” the follow up to the commercially successful 2001 set “A Funk Odyssey”.

Whilst Jamiroquai had lost the Acid Jazz/Funk sound of their first two albums there was still elements of Funk within a more dance/pop arena which seemed to be the direction Jay Kay wished to take the group in.

The key factor with this album is that the last of the original line up from 1993 Toby Smith had left the band. (He was replaced by Matt Johnson) Smith was key to the instrumentation and production of most of Jamiroquai’s tracks and with him gone a new sound was apparent on this album.

This is not to say the album is bad but it is certainly different. Everything is a lot more polished and slick. There isn’t a rawness that I feel Jamiroquai require to focus in on what they were originally all about but then the life of Jay Kay seems to be mirrored by his music as the days of being conscious about elephants being killed has been replaced by how many cars he owns.

Another band member had been replaced with bassist Nick Fyffe (who had only appeared on one Jamiroquai album after the departure of Stuart Zender in 1999) with Paul Turner coming in.

“Feels Just Like It Should” is the opening track and the lead single from the album. This also at the time of writing this is the last top 10 hit Jamiroquai achieved.

There were a few other tracks on the album you would have thought would have served better as a lead single (“Don’t Give Hate A Chance” the obvious contender) but this still did well for the band. I’ve never been over awed by a track I felt dated very quickly with it’s sound effect laden rock/funk.

The title track “Dynamite” sounds like it could have come straight off the previous album and is certainly more akin to the sound Jamiroquai are familiar for.

Lyrically the song is pretty redundant but musically the song retains my interest with this disco groove really playing out well. The use of backing singers in on the chorus is not something we have heard much over the course of the previous 5 Jamiroquai albums but is on this project in abundance.

“Seven Days In Sunny June” is a pretty song. The bassline is a real winner and Kay sounds more at home on this jazzy soulful number about a fleeting romance.

Something very different is attempted on the fourth track “Electric Mistress”. Again lyrically it’s all a lot of nonsense but the song is engaging because of the electro funk that we hear. The sound on this track is among the most different we have heard from Jamiroquai up to this point with Kay again opting for a big female vocal in the chorus as he creates a more house music feel.

“Starchild” is a more familiar sounds and one of my favourites off the album. The guitar and bass are the prominent instrumentation on a track about an alien coming down from the stars to save us all.

I love the transition between the first listen of the chorus and the second verse. It’s funky it’s fresh and Kay sounds comfortable with his range throughout a really good song.

“Loveblind” isn’t one of the albums strong moments and is so far away from what I believe Jamiroquai should be about that it is really is a difficult listen. I’ll go as far to say that this song is just a load of crap especially the verses where I am not sure what Kay is attempting to create.

It’s reminiscent of previous work such as “Everyday” from  Travelling Without Moving – Jamiroquai (1996) .

On track eight we get a sure fire Jamiroquai song. “(Don’t) Give Have A Chance” is a quintessential Jamiroquai song with that Disco/Funk element powering through it and I can only presume they didn’t have this song as a lead single because it may be too obvious.

The song has a message of peace and love which obviously Jamiroquai have displayed before on their debut album Emergency On Planet Earth – Jamiroquai (1993) .

It’s one of the album’s big songs yet it’s track placing on the album can see it get a bit lost with some of the other more experimental sounds. The final minute and a half of this track is real winner and one to play nice and loud.

“World That He Wants” is about war and politicians. I think I remember reading at the time that it was about George Bush and the subsequent war in Iraq. Kay has never been afraid to have a go at governments but there is something about this track I dislike mainly because I don’t think Kay is really in touch with the goings on in the world and this is a very abstract view of things.

But mainly the song is boring.

“Black Devil Car” is a song you’ll either love or hate. It is the jumpy Rock/track with prominent guitars flowing through the verses and chorus. It is so different to any other Jamiroquai track I thought “Stop Don’t Panic” off “A Funk Odyssey” was a departure from the usual sound but this is on another level.

I don’t mind this song. It keeps you engaged despite it’s silly inclusion of two bridge parts. The song is certainly a fun one to listen to but it alienates fans of their previous work.

“Hot Tequila Brown” harps back to what I said earlier about how smooth and polished the album sounds. I wonder what this song would have sounded like during the recording of the album The Return Of The Space Cowboy – Jamiroquai (1994) .

But despite it’s slickness this is a nice song and whilst bordering on the edge of ‘filler” it’s got a nice groove and the vibe is gorgeous.

Jamiroquai for me are essentially a funk group and to end this album they deliver a full on funk song “Time Won’t Wait”.

This is Jamiroquai at their best with bassline to die for, hooks galore, funky rifts, and superb keyboards on what is Matt Johnson’s finest moment on the album.

The Chic influences are all through this track but that just adds to my delight at the sounds I am listening to. I love this song.

I like this album better than Synkronized – Jamiroquai (1999) and A Funk Odyssey – Jamiroquai (2001) for the simple fact that the collection of songs are more cohesive with the mixing creating a solid sound. Jamiroquai brought in a producer for this album with Mike Spencer taking the reigns and this really helps.

My main issues with the album are some of the questionable tracks that just don’t work like “Loveblind” and “World That He Wants” but there is enough on here to enjoy and whilst I would prefer the horn section to not sound as in the background as it does at times this is a impressive album and highly enjoyable. 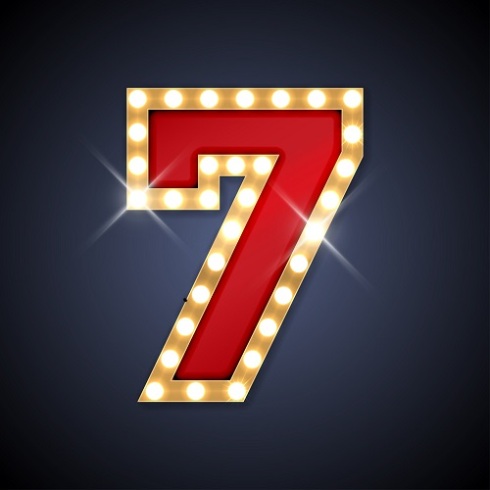